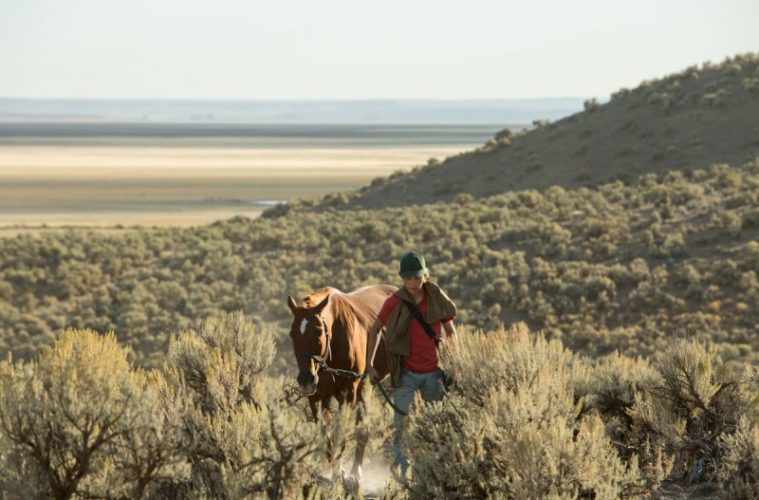 After his stellar pair of dramas, 45 Years and Weekend, Andrew Haigh returned with his latest theatrical feature Lean on Pete at the fall festival circuit. An adaptation of Willy Vlautin’s novel of the same title, Charlie Plummer stars as Charley Thompson, a fifteen-year-old who takes a summer job with a washed-up horse trainer and befriends a horse.

With a cast also including Chloë Sevigny, Steve Buscemi, Steve Zahn, and Thomas Mann, A24 is saving it for a spring 2018 release and now the first trailer has landed. We said in our review, “large portions of his latest film, Lean on Pete, while exquisitely photographed, are devoted to admiring those stunning vistas, but you might be left wondering what happened to the plot.”

Charley Thompson is a 15-year-old who has no stability in his life. He wants a home, food on the table and a high school he can attend for more than part of a year. But as the son of a single father, working in warehouses, finding some stability is hard. Hoping for a new start they move to Portland where Charley takes a summer job, and becomes best friends with a failing racehorse named Lean on Pete.