Sundance Review: Minari is a Heartfelt Portrait of Assimilation 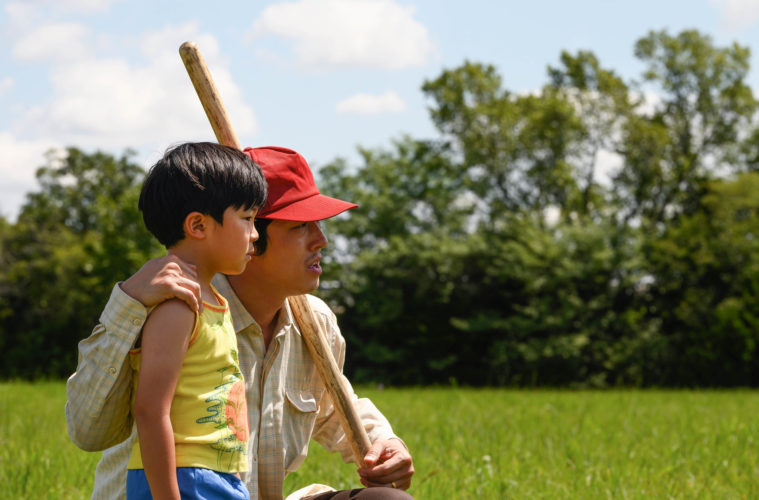 There is no shortage of films that depict the pains of assimilation and the pursuit of the American Dream for a more promising future. It’s been customary for these stories to tell of journeys from another country to a metropolis somewhere across the land of the free. When it comes to the family of Minari, however, they’ve already been living the United States for some time, carving out a life for themselves on the West Coast. Yet Jacob (Steven Yeun) has dreams beyond separating chickens into male and female bins as a cog in industrialized farming and so he moves his Korean-American family to the rural outskirts of Arkansas where he and his wife Monica  (Yeri Han) continue the same job, all while attempting to build a more fruitful living with their own farm featuring Korean produce. All the joys and struggles of this journey are captured with a keen, warm tenderness by Lee Isaac Chung, whose carefully-considered drama deserves to be a breakthrough for the writer-director, who now has five features to his name.

One of the most subtly striking decisions in Minari is to not focus on the major moments in their path towards the American Dream, but rather memorable interactions within this tight-knit family, however minor they may be. We don’t see the construction of the barn for their farm and the accumulation of adornments for their humble house is a steadily unfurling one. Instead, we’re privy to the heartfelt interactions between Jacob, Monica, and their two children: David (Alan Kim, delightful in his first role) and Anne (Noel Cho). Employing a perceptive sense of humor, Monica says, “It just gets worse and worse” as they first step into their tiny, elevated trailer-style new home in the middle of nowhere. They soon get a new addition with the arrival of their grandmother Soonja (Yuh Jung Youn) and the family dynamics shifts. She brings a piece of their native country back in the forms of chili powder and anchovies, resulting in tears of joy from Monica. It’s this sense of having nothing familiar around them that clearly rings true for so many others in similar situations, so instead of watching what’s on TV, they tune into old VHS tapes of Korean programs their grandmother brought with her.

It’s the bond that forms between aging Soonja and the young David that grows most poignant. As he pees the bed, she lovingly makes fun of his “broken penis,” and he earnestly retorts. His adoration of Mountain Dew, hilariously referred to as “mountain water,” catches on and she applauds his cleverness after a riotous moment of misbehavior. Their playfulness is conveyed with a sense of sincerity and joy that would make the likes of Ozu and Kore-eda proud. As both kids begin to meet the American youth at their church, the film shows the childishness nature of their assimilation with peers. One boy asks David why his face is so flat and after he says it’s not, they simply become good friends. For another girl, she goes through similar-sounding words until she lands on one that Anne recognizes in Korean. These situations of cross-cultural learning come across less prejudiced than they are simply born out of naivety in this rural town.

For Jacob, played by the magnificent Yeun with a quiet steadfastness as he embarks on his dreams, his culture clash comes with a Pentecostal local man (Will Patton), who speaks in tongues, carries a cross for miles on Sundays, and rids Jacob’s land of demons. As they work together on the farm, they come to a mutual understanding of their different paths in life and embrace the peculiarities of each journey. When the outside world often only sees and criticizes things at face value, Minari shows the companionship that can be reached when some interest and effort is put in.

Minari would be a strangely fitting double feature with another Sundance premiere, Sean Durkin’s The Nest. The form of each film couldn’t be more disparate–one cold and clinical, the other conveying the warm embrace of a hug–yet each is impressive in their own right. They both key in a specific familial divide as the respective patriarch moves to a strange new land with their initially acquiescent spouse to conquer what they think is the most important part of their life. At what cost does one overcome their stubborn pride and pursuit of ideals to refocus on loving those that have the greatest love for them and are most wounded by their actions? It’s an answer obvious to the viewer and difficult for the protagonist.

With backing from A24 and a major Sundance premiere resulting in virtually universal praise, it’s crucial to properly set expectations for Minari. This is a delicate, small-scale drama told with an immense amount of authenticity by a filmmaker who is clearly attuned to the emotional rhythms of each of his characters and the reverberations that their minute actions have in the small social circles they occupy. Partially an autobiographical story for a director who was also the son of Korean immigrants and was raised on a rural Arkansas farm, his attention to the details of these intersecting lives is apparent in every frame. Minari refers to the East Asian plant that Soonja grows by their local creek. Just as we witness the steady stream of water giving birth to a piece of their home, so too do the seeds of empathy sprout as we go deeper and deeper into this heartfelt journey of assimilation and holding on to what’s most valuable in life.

Minari premiered at the Sundance Film Festival and will be released by A24.