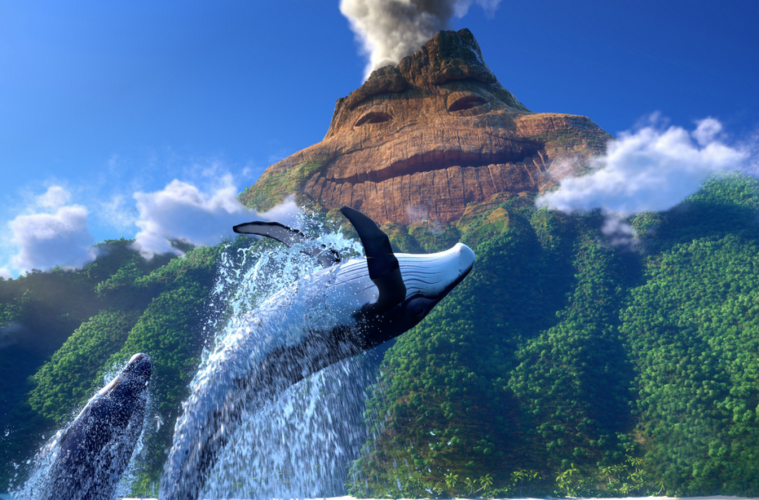 While Pixar’s latest feature Inside Out is getting widespread acclaim (our review here) and setting records at the box-office, their accompanying shorts are generally a highlight. Lava, the short film playing in front of their latest animation continues that tradition as the music and the visuals are absolutely gorgeous.

At SXSW this year I had the chance to sit with the man that developed this idea for more than two decades prior into the fully formed short, James Murphy, who has been with the company for that long himself. Together we talked about filmmaking and specifically the process of Pixar’s shorts. I was surprised to find out the painstaking process they go through with their features is the same with their shorts, though upon reflection it makes sense considering the consistent quality. We talked about how he found the musicians, whether they made a work-trip out of visiting Hawaii, and the general inspiration behind the project. Check out our conversation below.

The Film Stage: I was listening to an interview with you and you had mentioned that the idea for this short had actually come to you around 25 years ago when you were on your honeymoon.

A lot of people know about the Pixar process of tearing things down and then rebuilding them, over and over. They don’t even often watch something so much as listen to a story pitch with storyboards before ever going into the animation phase because it’s obviously so expensive to animate something you might end up scrapping. For a short that is only going to be a few minutes, how much is that the same process?

You go through the same process. So you go through the stages of you pitch. If your pitch goes well, ideally you get greenlit. If it doesn’t, they may say we’re going to pass or they may encourage you to work on some scenes and that it has potential. So once you get greenlit, then you go on to story. Just like a feature, you’re creating story reels. Those have to go through a review process. With Lava, that was with John Lasseter. He would see it every six weeks or so. So that lasts about two or three months. Then you have the reels finalized. “This is the movie we’re making.” Then you go into production. Then each stage goes through a similar review process. From reels you go into layout. In that part John really looks to Lee Unkrich a lot. Lee is our editorial/layout guru. When layout gets finalized, you go into animation and all the way down. Throughout that you’re also designing your characters. So everything is being looked at. And there are times you’ll show it to some of the other directors. I think I showed it to Pete Docter a few times and even Andrew Stanton. So it’s really great.

To get that kind of feedback.

Yeah, and it can be tough. But it also gives you the confidence.

And when they compliment, I’m sure it means a lot.

And sometimes it may be constructive criticism but every now and then you’ll get a compliment about something that will give you confidence that, “OK, I need to work on that but this section works.”

Absolutely. And there is a tremendous amount of pressure that I put on myself as well. I just had the fear of, “God, the pitch was so good. What happened?” Or even the boarding. You just don’t want it to fall apart at any stage of the game. Each stage is kind of a mystery in that each time you move on to the next rung, you kind of have to tear it all down and rebuild it because each stage reveals a truth about the world that you’re creating. Sometimes they’re not what you were planning on. So you either have to figure out how to make it  what you wanted or accept that it doesn’t and let it take you new places.

That happened with Lava, particularly in layout. We did a lot of stuff in boards that were cheating, scale and camera speed wise, and once you got to layout you couldn’t cheat. Even if you did, you were found out. We were really trying to create scale for these giant mountains and we found really early on that if we moved our cameras, that were on a helicopter theoretically, any faster than the speed of a real helicopter, it instantly shrunk down the size of the island.

Perception wise, yeah, it makes it look smaller than it should be.

It’s interesting because I know a lot of Pixar films will go on these work visits to locales to take photos of real places and exotic things. Even though they are creating a virtual world they are often creating things based on the real world.

We had so much reference material but really it was from stuff I had found.

Did you go back and look at some of the pictures from the honeymoon itself?

Yeah! I bought some DVDs on a trip and even some other materials. We looked at a ton of stuff. We looked at really specific places that we wanted to incorporate into the character design and not like, “Oh, that’s exactly that.” But no, “You see how this feels? You want that.” You want to integrate that into the character design so that you’re creating a character that is also believable as a place. So after seeing the film you think, “I want to go visit this character. I want to go hang out at the beach and look up and see Uku looking down on me.

One trip we did make, producer Andrea Warren and I, went to the Nā Hōkū Hanohano Awards and Music Festival. It was a music award festival that’s held every May in Honolulu. It’s the Grammy awards for Hawaiian music. We went to that festival searching for the singers that we ended up casting. We were on a research trip and I don’t think we ever went outside. We were in a convention center in Honolulu but this music festival, the awards are on Sunday but Friday and Saturday all the musicians come and give workshops on composing in Hawaiian and hula and it was just phenomenal. We left there not only with these amazing singers but with this whole responsibility to this amazing culture that we just had get this love that we were leaving with into the film. But yeah, even Google Earth helped us as well.

Did you find tons of timelapse videos of an active volcano there or any of the mountains and use that?

There are a ton of timelapse videos out there. What I did with them was the same thing I did with Hawaii. You can’t take anything specifically. You have to take the essence of what it is. With time lapse, I broke it down into ingredients. The secret with the timelapse was to not have it too busy so that you knew where to look. So you wanted to start with the sun and the moon, so you start with a clock. You want to have the clouds come in and I wanted the clouds to be like a magician’s trick.

Yeah, you see the mountain and then you see the glow go out. Then you have the metronome of the color of the skies that hit the rhythm of the song. So it’s all of these ingredients and then you want to see the big healthy plume that is representing him when he was the mighty mountain before he shrinks all the way down. Layering all of these things on it and not having any of them overpower one another. Then, find the angle that would give us the best vantage point. It’s like a stage play when the clouds go away and the sun is back.

Lava is now playing in front of Inside Out, in theaters nationwide.