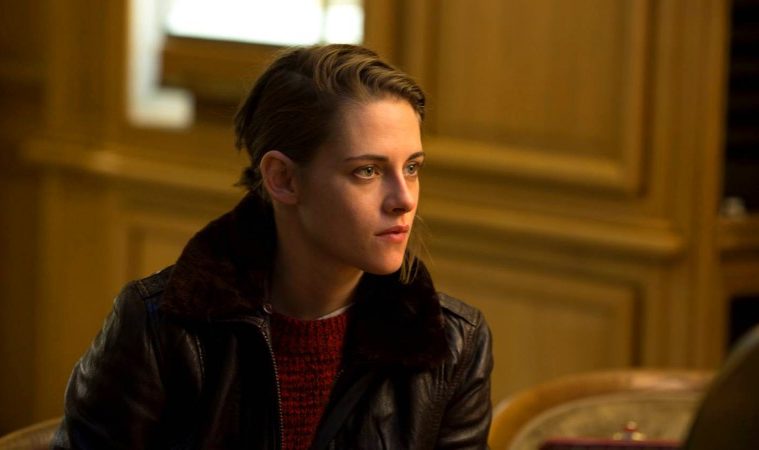 I’ve sought out nearly all of his films, but even that level of knowledge and admiration couldn’t prepare me for what Olivier Assayas concocted with Personal Shopper. Part-ghost story, part-rumination on grief, part-exploration of contemporary technology’s shaping of our relationship with the physical world, part-excuse to see Kristen Stewart wear very nice clothing, and a very fruitful joining of those potentially disparate parts, it proved one of my favorite viewing experiences of last year and is likely to be a highlight of (theatrically released) 2017 cinema.

“Be excited,” I guess is what I mean to say, no less so when Personal Shopper‘s U.S. release is right around the corner. In anticipation of as much, IFC have released a new trailer. As we said in our review, “After Clouds of Sils Maria, Personal Shopper confirms Olivier Assayas as the director most adept at drawing the best out of Kristen Stewart. Here she follows in the footsteps of Maggie Cheung and Asia Argento, actors whose exceptional central performances prevented fundamentally flawed films by Assayas – Clean and Boarding Gate, respectively – from foundering altogether. Stewart’s achievement is arguably even more remarkable considering that for the bulk of Personal Shopper’s running time, her only co-actor is an iPhone.”

See the preview below, along with a new U.S. and U.K. poster.

Maureen is a young American in Paris making her living as a personal shopper for a celebrity. Also, she may have the psychic ability to communicate with spirits, just like her twin brother, Lewis, who recently passed away. Maureen soon starts receiving mysterious messages coming from an unknown source. In Personal Shopper, Olivier Assayas (who shared the Best Director prize at this year’s Cannes for the film) enters the fashion underworld, revisiting the classic codes of genre films – and teams up again with Kristen Stewart after their critically acclaimed collaboration on Clouds of Sils Maria (for which she was the first American actress ever to win a French César Award).