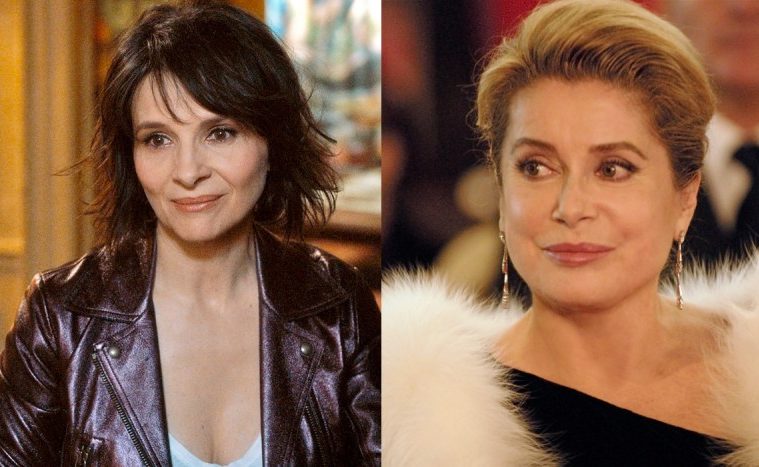 We may be getting Infinity War in a matter of weeks, but a genuine dream team-up is happening with titans of the international film industry. Juliette Binoche, who gives one of her best performances in Claire Denis‘ Let the Sunshine In coming later this month, is teaming with Catherine Deneuve for a new drama from Japanese master Hirokazu Kore-eda (After the Storm, Still Walking).

Binoche first discussed the project a few years back, telling Paris Match that Hirokazu Kore-eda had seen Clouds of Sils Maria at Cannes and “it inspired him to write a script for Catherine Deneuve, Ethan Hawke and myself.” In the film, the Umbrellas of Cherbourg star will play an actress, while Binoche will play her daughter, who is a screenwriter. Back then, the star said filming would kick off in two or three years, and it looks like Kore-eda is right on schedule as Figurants has recently shared a casting notice, confirming the project, albeit no mention of Hawke.

The project marks another in a prolific streak for Kore-eda, whose The Third Murder finally arrives in the U.S. soon, and he has a new feature titled The Shoplifters that will likely be at Cannes. As for Binoche, she’ll also likely return to Cannes Film Festival with more than one project. Although High Life, her upcoming sci-fi drama with Claire Denis, is rumored not to be ready, she also stars in a pair of expected Cannes premieres: Olivier Assayas’ Non Fiction and Naomi Kawase’s Vision, the first tease of which can be seen below, courtesy of Cinemaldito.