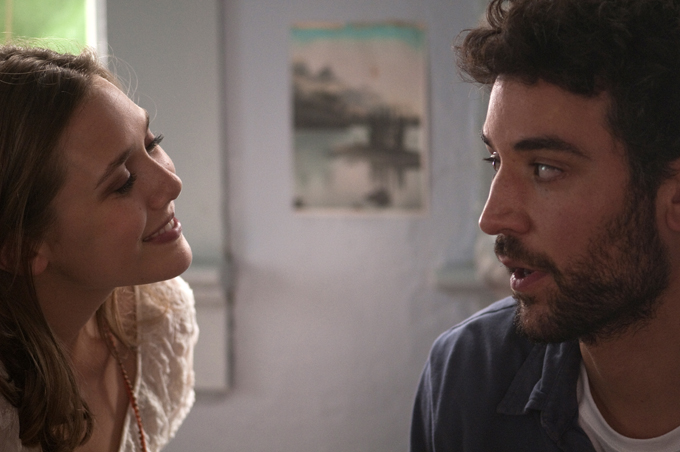 Enjoying a healthy career on How I Met Your Mother, Josh Radnor ventured outside the TV world for his festival hit Happythankyoumoreplease back in 2010. Now the writer/director has already returned for his follow-up and one that is getting better notices. Liberal Arts premiered at Sundance this year and after being picked up by IFC Films, it’s headed to theaters this fall.

We’ve got the first trailer for the dramedy today, which features Radnor in the lead opposite Sundance starlet Elizabeth Olsen (Martha Marcy May Marlene). He plays a 35-year old bookworm who goes back to his old college campus and runs into a great ensemble, including Richard Jenkins, Allison Janney, John Magaro, Elizabeth Reaser and even Zac Efron. At Park City this year we enjoyed it more than his debut, saying it was full of delightful moments and now one can see the first trailer via international distributors Icon below. Newly single, 35, and uninspired by his job, Jesse Fisher worries that his best days are behind him. But no matter how much he buries his head in a book, life keeps pulling Jesse back. When his favorite college professor invites him to campus to speak at his retirement dinner, Jesse jumps at the chance. He is prepared for the nostalgia of the dining halls and dorm rooms, the parties and poetry seminars; what he doesn’t see coming is Zibby—a beautiful, precocious, classical-music-loving sophomore. Zibby awakens scary, exciting, long-dormant feelings of possibility and connection that Jesse thought he had buried forever.