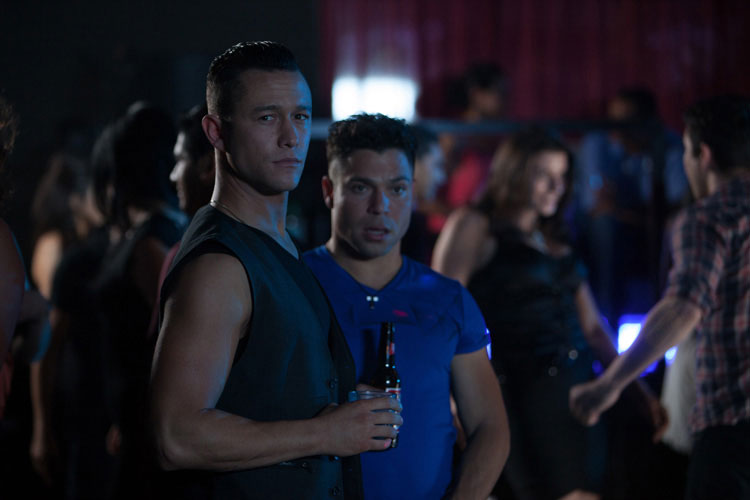 With Relativity Media’s $25 million commitment to marketing Joseph Gordon-Levitt‘s directorial debut Don Jon’s Addiction this summer, we’re bound to get bombarded by media from the project, but for now we previously only had one still to go on. That one can be seen above, featuring Gordon-Levitt with his co-star Scarlett Johansson, but today we’ve finally got a second photo from the project.

Coming out of Berlin after its premiere, we can see Gordon-Levitt on the prowl with his “bro” Jeremy Luke in their safe haven of a nightclub. Also starring Julianne Moore, Tony Danza, Glenne Headly and Rob Brown, the film unfortunately will be snipped a bit to garner a R-rated, but the cut we saw at Sundance is well worth checking out. We called it a “sincerely personal and comedic examination of sexual neurosis that is both strangely relatable and intimate.” Check out the new photo below along with the synopsis:

Jon Martello objectifies everything in his life: his apartment, his car, his family, his church, and, of course, women. His buddies even call him Don Jon because of his ability to pull “10s” every weekend without fail. Yet even the finest flings don’t compare to the transcendent bliss he achieves alone in front of the computer watching pornography. Dissatisfied, he embarks on a journey to find a more gratifying sex life, but ends up learning larger lessons of life and love through relationships with two very different women.