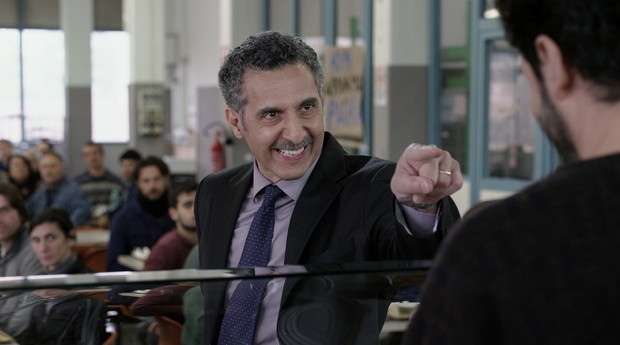 For as often as Nanni Moretti is lumped into a certain “tradition of quality” pile reserved solely for easily digestible foreign-language filmmakers, we found things to admire in his latest picture, Mia Madre. While not a title that stands out among its Cannes, TIFF, any NYFF brethren, “the formal modesty of My Mother is not without its charms, such as when Margherita [Buy]’s daughter driving slowly on her scooter to Jarvis Cocker’s ‘Baby’s Coming Back to Me’ (used multiple times in the film) capturing a small, everyday joy.” If you ask Cahiers du cinéma, we were actually being faint in our praise.

With the picture arriving in U.S. theaters soon, Alchemy have assembled a domestic trailer that sells the mixture of meta-textual and purely emotional drama — and a lot of John Turturro‘s antics are thrown in for good measure, too. However indicative of the final result it is — and I think, in this case, that wouldn’t be such a bad thing — the word around said result has us in anticipation regardless.

Margherita is a director shooting a film with the famous American actor Barry Huggins, who is quite a headache on set. Away from the shoot, Margherita tries to hold her life together, despite her mother’s illness and her daughter’s adolescence.

Mia Madre will enter a limited release on March 25.