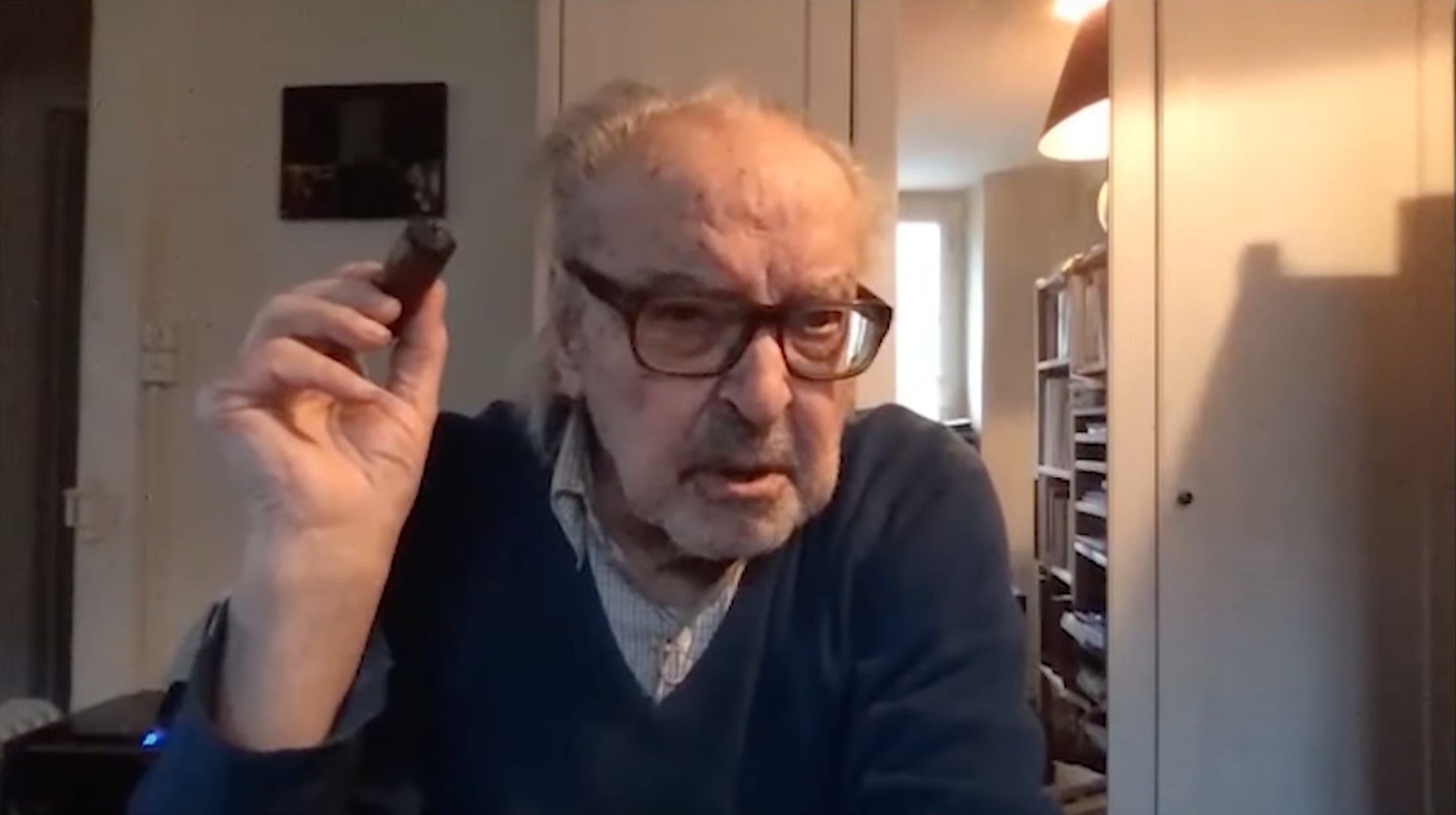 It is, all things considered, slightly insane that Jean-Luc Godard is still alive, cognizant, and someone from whom we can receive perspective on the modern world. 62 years since Breathless—just as importantly, only three since The Image Book and who-knows before a new feature we learned of in 2019—Godard sits in his Swiss home and answers questions via Instagram. The International Film Festival of Kerala have checked in about a year from that seminar for an 85-minute, largely English conversation.

I’d dare call it a goldmine, though most focus will be on Godard’s claims towards retirement. About 57 minutes in he discusses two new films, Scenario—or “script”; he’s still a joker!—and Funny Wars before dropping this bomb-of-sorts: “I’m finishing my movie life—yes, my moviemaker’s life—by doing two scripts and, after, I will say ‘goodbye, cinema.'”

It goes without saying that the man, at 90 years old, hardly need justify the decision, much as one wishes he could work forever, long after any of us are gone. Nevertheless…

Watch the full video below: