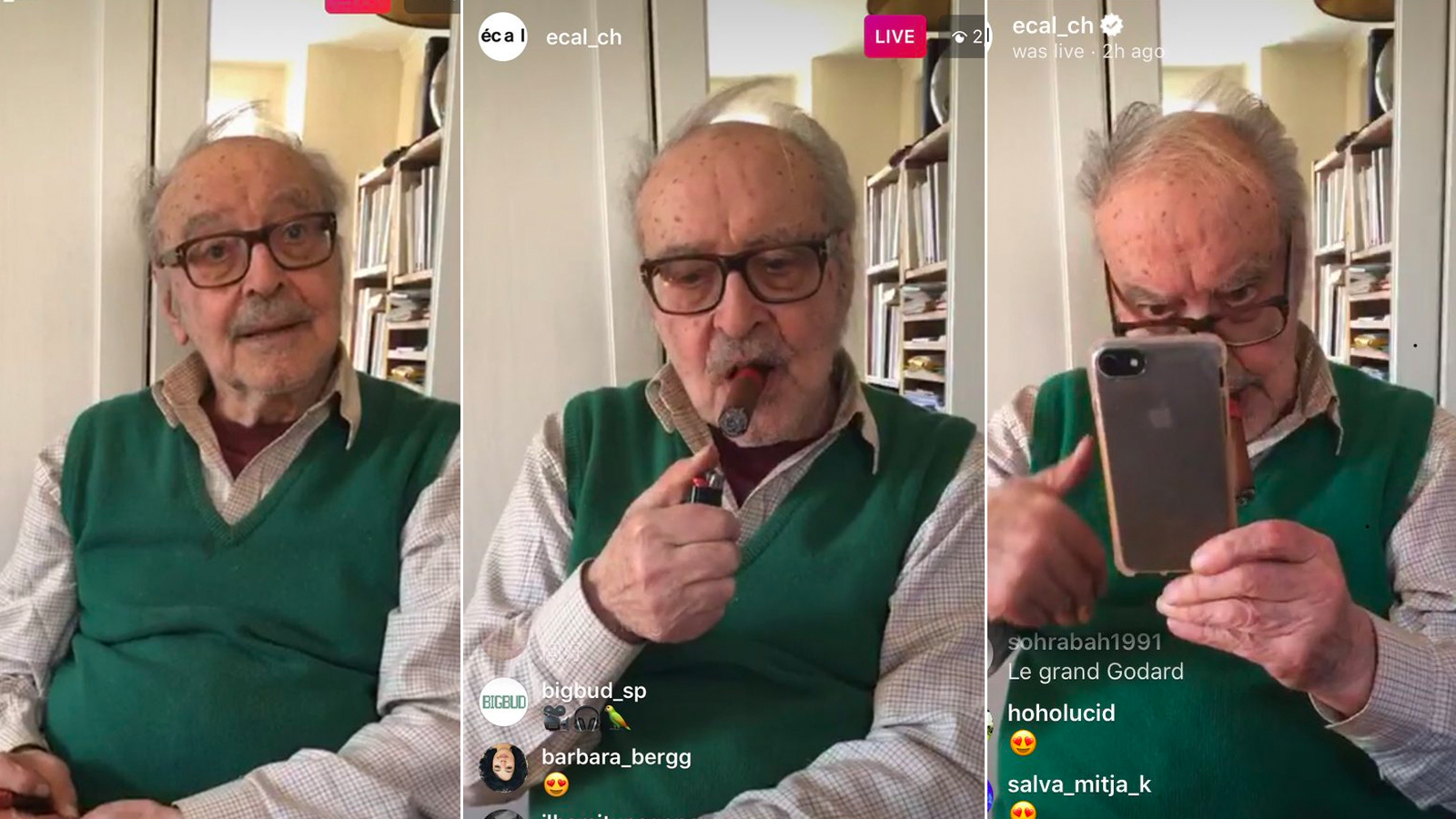 For a man who conducted a press conference at Cannes Film Festival remotely via iPhone FaceTime, we suppose we shouldn’t have been entirely surprised when Jean-Luc Godard participated in an Instagram Live masterclass earlier this month. The 89-year-old French New Wave pioneer spoke with Lionel Baier, who runs the cinema department at ECAL (University of Art and Design Lausanne) about all things film.

For those that don’t know French, we could only glean translated bits here and there, but now ECAL has graciously translated the entire conversation in English. With a cigar in hand, Godard discussed his approach to filmmaking, Jacques Rivette, Éric Rohmer, Robert Bresson, advice for young directors, the state of the world in the age of coronavirus, his opera-inspired next project, and much more.

“We went to the cinema a lot at the time, each in our own way. Rivette could spend a whole afternoon rewatching films four times,” he said of his early French New Wave days, originally translated by Cineuropa. “I was watching four or five films a day, sometimes just bits of films. It was another way of doing it. We were a team though; even with [Claude] Chabrol.”