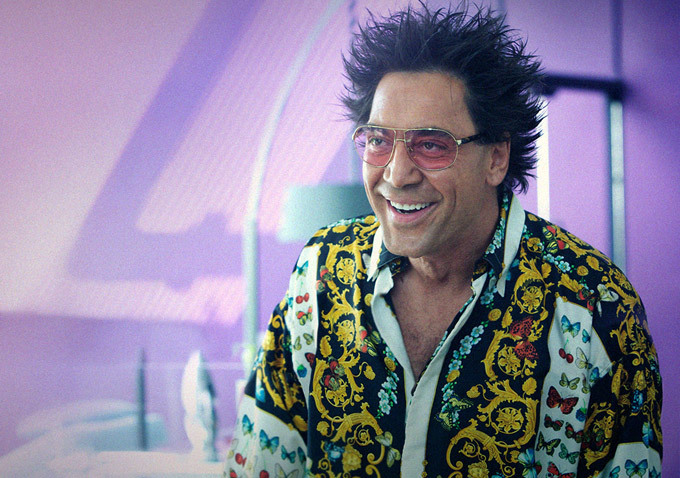 Even if our man on the ground didn’t much respond to Asghar Farhadi’s recent Cannes premiere, The Salesman, our anticipation and admiration remain high — but so it is for one of our age’s greatest filmmakers. (Really appreciating The Past makes some lukewarm reactions much easier to take.) Consider us pleased, then, that his Penélope Cruz-led, Almodóvar-produced, Spain-set project is steadily advancing: per Variety, it’s looking to add none other than Cruz’s husband, Javier Bardem — fun fact: also an actor — is nearly complete, script-wise, and will roll cameras “next summer or early fall.”

It’s hardly surprising that Farhadi’s written another film marked by moral intrigue and sundry complications, yet there’s already some sense of new territory: it follows “a family of wine growers living in rural Spain,” has been called, by producer Alexandre Mallet-Guy, “a psychological thriller with a dash of Agatha Christie in it,” and will have an American actor complete its cast. In light of many Salesman-centered complaints about the need to do something new, this starts to feel like an especially big effort.

As for something that I can only imagine will be completely different, John Sayles is writing and directing Django Lives!, a Franco Nero-led follow-up to the legendary Spaghetti Western franchise. Maybe a bit of historical revisionism, too: fifty years after 1966’s Django, the violent cowboy works as “a horse handler and an extra on the set of D.W. Griffith’s Birth of a Nation.” Given Django’s history of killing Confederates in cold blood, one might be able to guess how things turn out — or not! The possibilities of this helmer-material pairing actually feel kind of endless, and I can’t wait for what it brings. [ShowBiz411]

Django Lives! will shoot this September.

Finally, some word on the great Jan Švankmajer: he’s launched an Indiegogo campaign (via Filmmaker Magazine) for what will purportedly be his final film, Insects, wherein it is described like so:

“A local pub in a small town. It’s Monday and the bar is closed, chairs are turned up on the tables. The pub is empty except for six amateur actors sitting in a corner. They’ve met to rehearse The Insect Play by the Čapek brothers. On a raised platform across the room we see a stage, set for Act II of the play. As the rehearsal progresses, the characters of the play are born and die with no regard to time. The actors slowly become one with them and some of them experience frightening transformations…”

Švankmajer’s reasoning behind this campaign: to “break a few industry habits but most importantly, deliver this film directly to you,” distributors and sales agents be damned. Indeed, the rewards section appears to value a paying customer, and it gives some sense that Insects won’t be completed until December of 2018 — a little while away, if not, on the basis of his earlier work, probably worth the wait. (Seek out his amazing feature Conspirators of Pleasure if you’ve not yet done so. Or, hell — if you have, do so again.) In the long run, $150,000 of crowdfunding for a great artist’s last expression isn’t too much to ask.