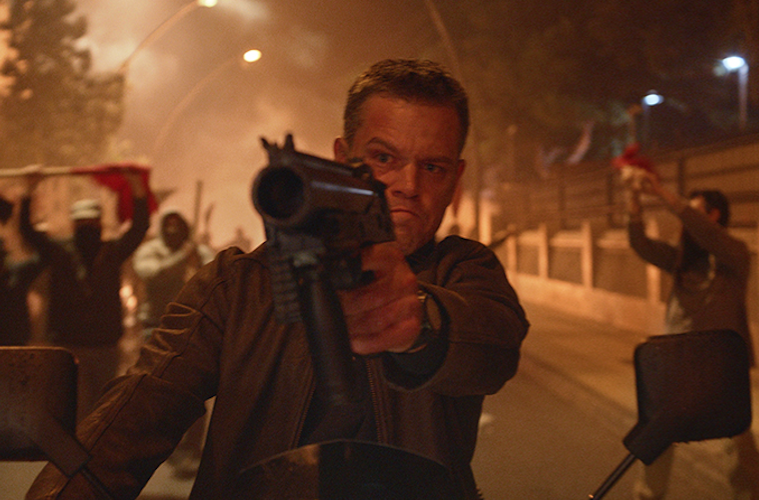 Bourne is back. After many rumors they might return, Paul Greengrass and Matt Damon recently teamed up for the fifth iteration in the spy franchise and their third together. With a reboot-esque title of Jason Bourne this one promises to begin a new chapter for the lethal former operative. Also starring Alicia Vikander, Vincent Cassel, Tommy Lee Jones, and Julia Stiles, the first full trailer has now arrived ahead of a July release.

“Since 2007, so much has changed,” Damon tells EW, speaking about the plot. “There’s been the financial collapse, the great recession, all these issues of cyber warfare and civil liberties – things that are slowly coming to into the zeitgeist as we start to grapple with what the future is going to look like. And so those are kind of somewhere in the stew of our story. If you look at the first three, they are films that are product of the Bush presidency. Thematically, they touch on things people were talking and thinking about during that presidency. This one feels like a movie about today.”

Matt Damon returns to his most iconic role in Jason Bourne. Paul Greengrass, the director of The Bourne Supremacy and The Bourne Ultimatum, once again joins Damon for the next chapter of Universal Pictures’ Bourne franchise, which finds the CIA’s most lethal former operative drawn out of the shadows.

For Jason Bourne, Damon is joined by Alicia Vikander, Vincent Cassel and Tommy Lee Jones, while Julia Stiles reprises her role in the series. Frank Marshall again produces alongside Jeffrey Weiner for Captivate Entertainment, and Greengrass, Damon, Gregory Goodman and Ben Smith also produce. Based on characters created by Robert Ludlum, the film is written by Greengrass and Christopher Rouse