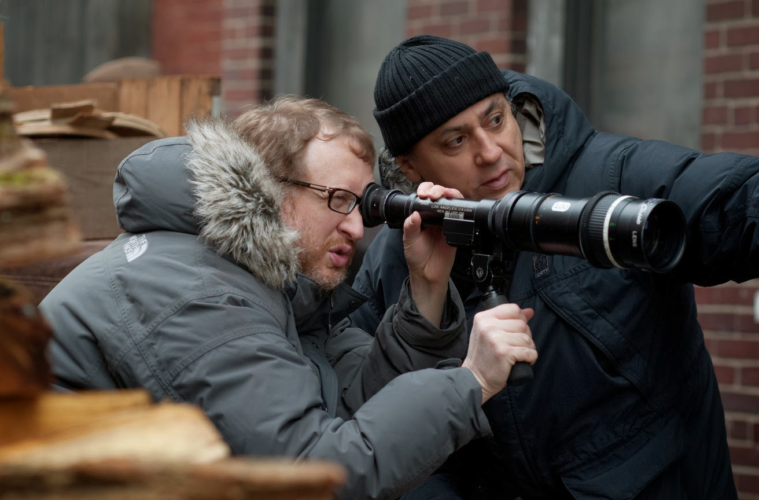 Our huge excitement for James Gray‘s next feature, The Lost City of Z, can partly be explained by this great filmmaker’s less-than-prolific output. You can imagine, then, how nice it is to hear yet another title — and possibly his most interesting endeavor yet — is soon to roll cameras.

For years, there’s been talk of a sci-fi feature known as To the Stars. As co-written by Gray and Ethan Gross, it concerns “an odyssey through the Solar System,” in which astronauts — using “a technology of space travel that would be believable today” — are tasked with bringing a “renegade” one of their own back to Earth. It’s supposedly inspired by both Heart of Darkness — by extension, probably Apocalypse Now, too; it’s a Gray favorite and touchstone for The Lost City of Z — and the emotional trauma endured by men who walked on the moon, a subject the helmer’s reportedly studied in great detail.

Now there’s word of Ad Astra, “a sci-fi epic whose longline is currently being kept under wraps.” MadRiver Pictures, Keep Your head Productions, RT Features, and Gray himself will produce the feature, whose cast will “be announced shortly” and which begins production early next year. No matter what, exactly, this ends up being, we’re on pins and needles.

Neither Joachim Trier nor Alain Guiraudie are wasting any time, either. As Louder Than Bombs continues expanding around the country, Screen Daily tells us the Dane’s moving forward with Thelma, the story of “a young woman unaware of the fact that she has been blessed with terrifying powers.” If you’d like to know more — and with that combination of director and premise, I’m itching for any update — a wait is necessary: it’s said the film won’t roll cameras until “next autumn.” One hopes that’s speaking a bit literally (i.e. in four-or-so months) rather than referring to a year-and-a-half from now. In the meantime, read our recent interview with the director.

Meanwhile, on the same day as his new feature’s premiere, Guiraudie’s announced its follow-up, Pays Perdu. His reunion with producer Sylvie Pialat and Les Films du Worso concerns “a human resources topper who travels to a milk factory in the middle of southern France with the mission to shut it down, but decides to take it over after meeting its workers and falling in love with one of them.” [Variety]

While not necessarily without the boundary-blurring fantasies of his previous films, Guiraudie expects Pays Perdu to possess more in the way of political and social concerns — and will especially have the goal “to portray rural France in a way that is seldom shown in French cinema.”

Now, as for directors who tend to release work at a slower pace Flick Reel informs us Terry Gilliam has found approximately the 92nd lead for his perpetually troubled The Man Who Killed Don Quixote: man of the moment Adam Driver. With support from Alfama Films, it’ll supposedly, apparently, maybe, possibly, with a bit of luck and elbow grease, start shooting this September with Michael Palin also part of the cast.

And then there’s Armando Iannucci‘s The Death of Stalin, a project we’ve reported on with great anticipation and, with the first casting news, is now anticipated to nearly unbearable levels. Per Variety, the picture’s to feature something of a murderer’s row: Jeffrey Tambor, Steve Buscemi, Toby Kebbel, Andrea Riseborough, Paddy Considine, Olga Kurylenko, Timothy Dalton, Michael Palin, and Simon Russell Beale (Into the Woods, The Deep Blue Sea).

Based on Fabien Nury‘s graphic novel, it’s said to begin “in March 1953 during the Soviet dictator’s last days and depicts the chaos of the regime after his death.” Buscemi is to play Nikita Khrushchev, Tambor will appear as Georgy Malenkov, and Dalton’s been cast as Georgy Zhukov. This is a very promising start, so all  the better that The Death of Stalin kicks off production next month and is expected to hit Cannes in 2017.