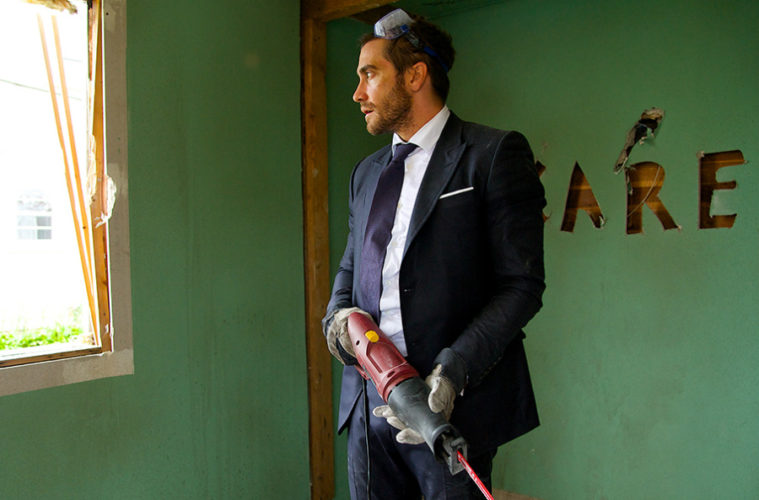 Jake Gyllenhaal had a stellar 2014 thanks to Enemy and Nightcrawler, but this year seems a bit more subdued for the actor. His boxing drama Southpaw came and went this summer and his role in this month’s Everest is not as big as the trailers might suggest. His next project, Demolition, finds himself teaming with Wild and Dallas Buyers Club helmer Jean-Marc Vallée.

Set to open TIFF this week, the first trailer has now arrived ahead of a release next year by Fox Searchlight. Following an investment banker who is dealing with the sudden, tragic death of his wife, the trailer is a somewhat strange mix of quirk and heavy drama. We’ll find out soon if Vallée can continue to pack the same emotion as his previous film, so check back for our review. Also starring Naomi Watts and Chris Cooper, one can see the trailer below.

In DEMOLITION, a successful investment banker, Davis (Jake Gyllenhaal), struggles after losing his wife in a tragic car crash. Despite pressure from his father-in-law (Chris Cooper) to pull it together, Davis continues to unravel. What starts as a complaint letter to a vending machine company turns into a series of letters revealing startling personal admissions. Davis’ letters catch the attention of customer service rep Karen (Naomi Watts) and, amidst emotional and financial burdens of her own, the two strangers form an unlikely connection. With the help of Karen and her son (Judah Lewis), Davis starts to rebuild, beginning with the demolition of the life he once knew.