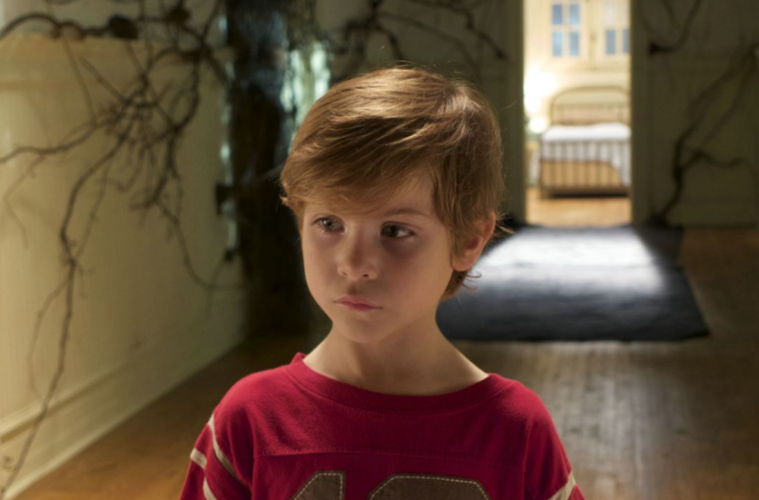 After a handful of horror successes, and before he acts as a franchise life preserver, director Mike Flanagan is putting out another indie horror picture with Before I Wake, a nightmare-scape horror film that has just received a new trailer.

When a couple (Kate Bosworth & Thomas Jane) adopt a boy (Jacob Tremblay) after losing their biological child, they didn’t bargain for his uncontrollable ability to manifest his dreams into reality. These manifestations include what looks to be a very large, very strong, very pale man-creature. Can they wake their new son up (I’d try a pail of water) or will his haunted, unconscious mind lead the grieving family down a path of forced remembrance and horror?

Flanagan has proven himself in the R-rated horror department, but it will be interesting to see how he can scale back certain aspects of his style and content to fit under the PG-13 bar. See the trailer below, along with a poster neatly inspired by The Silence of the Lambs.

In this intense and heart pounding supernatural thriller, Jessie (Kate Bosworth) and Mark (Thomas Jane) decide to take in a sweet and loving 8-year-old boy, Cody. Unbeknownst to them, Cody is terrified of falling asleep. At first, they assume his previous unstable homes caused his aversion to sleep, but soon discover why: Cody’s dreams manifest in reality as he sleeps. In one moment they experience the incredible wonder of Cody’s imagination, and in the next, the horrific nature of his night terrors. To save their new family, Jessie and Mark embark on a dangerous hunt to uncover the truth behind Cody’s nightmares.

Before I Wake opens September 9th.