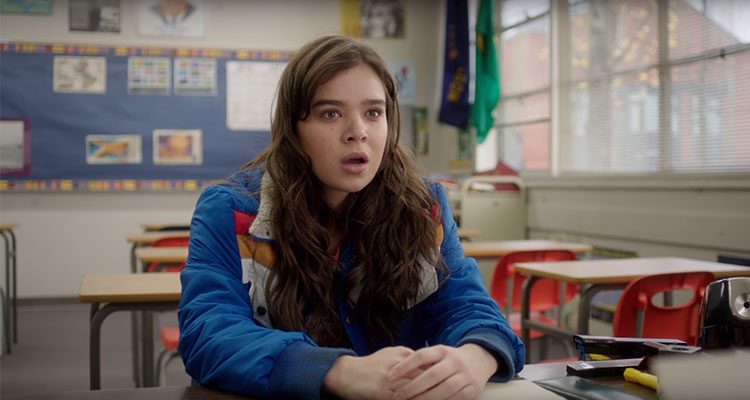 10 Wide Releases in 2016 That Exceeded Expectations

Let’s be honest up front: the studio output this year left much to be desired. Sure, wide releases from the Coens, Shane Black, Denis Villeneuve, and Robert Zemeckis fulfilled expectations, but we had to dig deep for the studio films that caught us pleasantly off-guard. While much of our year-end coverage will be focusing on the overlooked gems, today we’re kicking things off by highlighting the few major releases that left us surprised.

Note that the below ten features are strictly films that received a wide release on their opening weekend and not ones that eventually expanded with a roll-out. Some, for various reasons, arrived with virtually little-to-no anticipation around these parts, while others wildly exceeded our standard expectations, and a few managed to be among our favorites of the year.

Check out our selections below and let us know what surprised you most in 2016.

Blockbuster sequels often feel more like cash grabs than genuine attempts at quality filmmaking, but 10 Cloverfield Lane is a brilliant anomaly. First-time director Dan Trachtenberg ratchets up the suspense to unbearable levels, ingeniously exploiting viewer uncertainty about, firstly, whether the heroine’s imprisonment within a bomb shelter is really meant to protect her from the radioactive fallout of an unseen nuclear apocalypse, and secondly, whether the next moment in the film will glide uneventfully by or erupt into violence. 10 Cloverfield Lane controls our emotions like a puppeteer does his marionettes, and the fiber keeping the wires intact is John Goodman. Playing the captor with unclear motivations, the actor exudes an off-putting earnestness that invites our trust in one instance (he can’t be lying, right?) and paralyzes us with fear in the next (we realize he can’t be reasoned with). As for the film’s finale, some people scoff at it, but I found it exhilarating: a bonkers paean to female badassery that proves Mary Elizabeth Winstead is a genre leading lady on par with the likes of Sigourney Weaver and Charlize Theron. – Jonah J.

Don’t Breathe would make a great double bill with Jeremy Saulnier’s Green Room, given that both confine their characters’ fight for survival to tight indoor spaces. But whereas Saulnier’s picture uses this initial constraint of place as a point of departure for raw, naturalistic violence, artifice remains ever-present in Fede Alvarez’s horror hit. From an ostentatious long take that maps out exactly where both hunter and hunted can maneuver within the given space to the crutch of blindness so pointedly written into the villain’s characterization, Don’t Breathe often feels less like an act of storytelling than a cinematic exercise whose rules have been self-consciously spelled out. Accordingly, plot development exists largely as a string of increasingly tense set-pieces, where each successive segment feels like Alvarez testing his chops, showing us what he can do. Ultimately, the success of Don’t Breathe’s craftsmanship lies in the balance it strikes between immersiveness and distanciation, on the one hand not being so self-referential in its showiness as to break a sense of narrative consequence, on the other heightening the intensity by keeping us aware that we are at the filmmaker’s mercy. – Jonah J.

Say what you will about comic-book adaptations and the like, but there may not be a genre more tired in Hollywood than the coming-of-age film. Thanks to their relatively cheap budgets and aims to connect with a pre-determined movie-going (though, that is up for debate) audience, many often feel like they are hitting checkboxes and not much else. Enter The Edge of Seventeen, which depicts teenage angst with such pinpoint accuracy one wonders why it’s never been handled precisely this way before. A debut no less, writer-director Kelly Fremon Craig‘s script — which never dumb downs or generalizes the high school experience — is brought to life perfectly by Hailee Steinfeld in an emotionally honest performance that even outpaces her break-out in True Grit. – Jordan R.

Even after Neighbors emerged in 2014 as a summer comedy standout, it was hard to expect a sequel as thoughtful, progressive, and funny as Neighbors 2: Sorority Rising. This time around, a sorority determined to party as hard as the boys has moved in next to new parents Mac (Seth Rogen) and Kelly (Rose Byrne). Meanwhile, Teddy (Zac Efron) continues to struggle with his post-college identity. Chloe Grace-Moretz, Kiersey Clemons, and Beanie Feldstein are standouts, and director Nicholas Stoller does not shy away from real, current issues in our American college institutions while never taking anything away from the laughs to be had. – Dan M.

Chalk it up to being released around the height of the Pokémon GO craze this summer — perhaps its targeted audience was a bit too consumed with their phones — but Nerve seemed to come and go fairly quickly. The latest film from Catfish duo Henry Joost and Ariel Schulman isn’t shy about making fairly pronounced remarks regarding this generation’s technology obsession and its pervasion in our social lives. Where it does succeed is in its manic energy — a dare featuring a 60mph blind motorcycle stunt with geographical authenticity and a Philippe Petit-esque walk come to mind  — proving that this summer, if one wanted genuine thrills, they had to drop down a few budget levels. – Jordan R.

Has there ever been a critical turnaround as vast as the one for Ouija: Origin of Evil? The original film, released in 2014, was one of the most critically-decimated films of the year, scoring a pathetic 7% on Rotten Tomatoes and making many critics’ year-end worst-films lists. What the studio did with the sequel is something that few franchises — particularly horror ones, which often take their built-in audiences for granted — dare to do, which was hire an up-and-coming and fairly respected genre director in Mike Flanagan, the man behind the lens on the creepy Oculus and the Hitchcockian Hush. Ouija: Origin of Evil isn’t high art, but it’s well-made, pulpy, entertaining horror, exactly the kind of fleetingly scary flick that the original should have been. – John U.

The year is 2016, and the Disney remake machine churns ever onward, driven by an insatiable need to rework every animated film in its back catalog as a live-action blockbuster. Seeing as their re-imagining of classic Disney fare has led to some mediocre output, there was no reason to hope that a remake of Pete’s Dragon -0 a forgettable live-action/animation mashup — would succeed onscreen. Leave it to David Lowery, director of Ain’t Them Bodies Saints, to prove the doubters wrong, creating a lush, lyrical, and deeply moving film that swept through the late summer like a cool, refreshing breeze. Eschewing stereotypical villains and instead grounding its plot in emotion and pathos, Pete’s Dragon took the thoughtful soul of an indie film and the budget of a mid-sized blockbuster and made a movie that recaptures and distills what was once called Disney Magic in a way that should shame all other comers to the remake machine. – Brian R.

While the comedic mileage of Andy Samberg may vary, the actor and his Lonely Island gang have never been better than they are here, spoofing the oft and irritating musical bio-docs and biopics. Conner Friel is a pop star (“Conner4Real”) who has been dope ever since he was born, but he’s completely sold-out, betraying one (Akiva Schaffer) of the members of the boy band that made him famous and relegating the other one (Jorma Taccone) to being his iPod-playing DJ. With catchy songs and an admirable brevity to most bits throughout — proof an 87-minute film can be great, Hollywood — it’s a shame this thing did not find an audience in the theater. – Dan M.

A female surfer in a secluded cove is attacked by a shark and winds up stranded on a rock while the shark circles menacingly. The trailer for The Shallows was nearly the best short film of the year in its own right, and while Jaume Collet-Serra is a dependable action filmmaker, it was hard to imagine a film as cheekily high concept as this really working at full-length. Stranger things have happened, though, and thanks to Blake Lively giving her all, Steven Seagull stealing the show, and Collet-Serra keeping the tension at an all-time high, The Shallows ended up being a film the likes of which we haven’t been seeing much of lately. Beautifully shot, sparsely populated, and coolly single-minded in its pursuit of pulse-raising thrills, it was a blissful reminder of a time when movies could let a shark be a shark and let a story play itself out without having to set up a franchise. – Brian R.

Some review aggregators are a little too binary to represent universal acclaim but they can — in some cases — provide a barometer of least-disliked. Which is to say, in Zootopia was on-point. Riding the slipstream of Frozen’s fresh millennial confidence, themes of social equality and box office success, the latest offering from the new-look Disney animation studios managed to match the visual bravado and sight gags of their gilded colleagues at Pixar while paying playful, if somewhat clunky homage to everything from Breaking Bad to The Godfather and film noir. Zootopia might have been a movie about one’s ability to change one’s stripes from a studio with a slightly cynical eye to doing just that, but in a year when fear seemed to sell like no other commodity, how neat that one of the summer’s biggest family films — concerning a plucky young rabbit’s attempts to rise through the ranks of an alpha-predator police force in a segregated animal metropolis —  was, tellingly, one with bullying and xenophobia on the mind. However, whatever good it did remains to be seen… – Rory O.

As for honorable mentions: as we said at the top, there’s the wide releases we expected to be more than worthwhile and followed through with their promise, including Hail, Caesar!, The Nice Guys, Kubo and the Two Strings, Allied, and Arrival. There’s also Clint Eastwood‘s Sully, which did a great deal more with its premise than its logline might suggest.

As for films that exceeded expectations, but missed the cut, we’ll note 13 Hours, Michael Bay‘s best film since Pain & Gain, the what-the-hell-am-I-looking-at visual effects extravaganza Gods of Egypt, the impressive tech demo The Jungle Book, the funnier-than-intended The Accountant, and two films that bounced back from disappointing predecessors: Teenage Mutant Ninja Turtles: Out of the Shadows and Star Trek Beyond. Despite these aforementioned few bright spots in studio filmmaking this year, here’s hoping for a much-improved 2017.

Which wide release surprised you most this year?