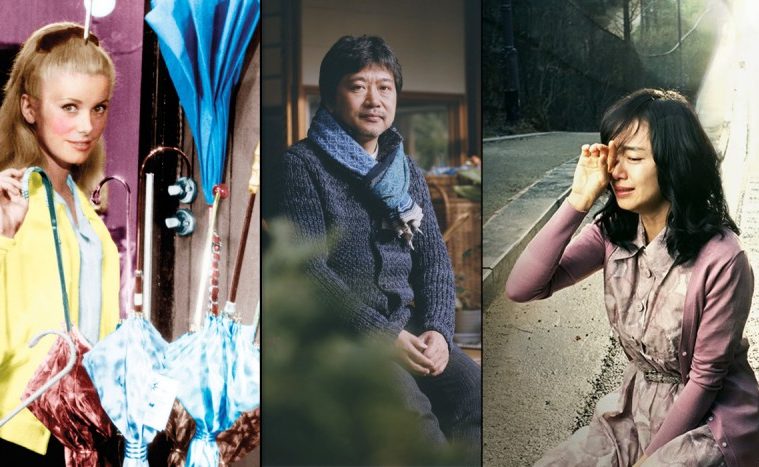 One of the year’s most affecting, humanistic films, Hirokazu Kore-eda‘s After the Storm, will arrive in the U.S. this week (our rave review from Cannes), so for the occasion, we’re looking at the director’s favorite films. Submitted by the Japanese director for the latest Sight & Sound poll, it’s perhaps the most varied list we’ve seen thus far — at least next to Mia Hansen-Løve‘s favorites.

Although the filmmaker is often compared to Yasujiro Ozu (none of his films are mentioned below), Hirokazu Kore-eda told The Guardian, “I of course take it as a compliment. I try to say thank you. But I think that my work is more like Mikio Naruse — and Ken Loach.” One will find his favorites from both of those directors on the list, as well as Jacques Demy‘s most-praised film, along with lesser-seen works from Hou Hsiao-hsien, Robert Bresson and a fairly recent, acclaimed South Korean drama.

Check out his favorites below, along with his quotes about each, courtesy of BFI.

A Woman Under the Influence (John Cassavetes)

It’s needless to mention the brilliance of Gena Rowlands in A Woman Under the Influence. But I think the actor/actress at the receiving end makes the difference between success and failure in this kind of film. In this case, Peter Falk is just wonderful.

Dust in the Wind (Hou Hsiao-hsien)

Dust in the Wind determined me to pursue the road to cinema. It pushed me from behind.

Every time I watch Floating Clouds, it’s never the same. My impressions of the last scene are totally different between my twenties and my forties.

L’Argent is like a textbook, which I review before shooting each new film of mine.

The smile of Cabiria in the last scene of the Fellini is shocking.

The Umbrellas of Cherbourg (Jacques Demy)

The dialogue at the petrol station in the last scene of The Umbrellas of Cherbourg is awesome.

After the Storm hits theaters on Friday, March 17. See the theatrical roll-out here.