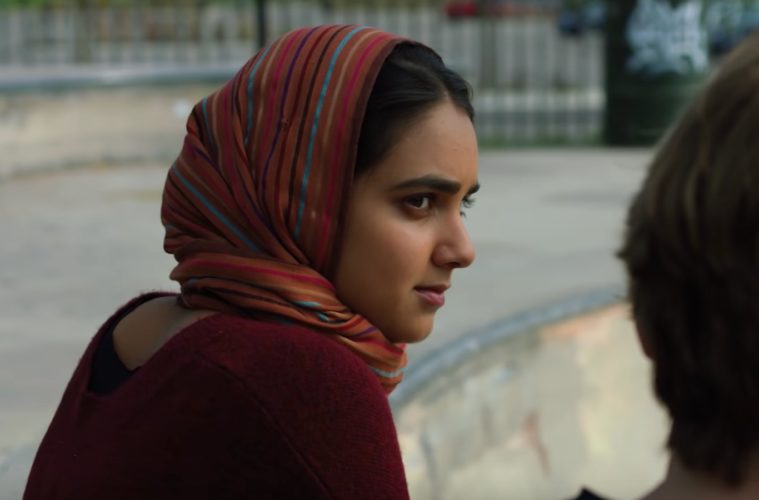 Having just launched last week, Apple TV+ hasn’t quite been the talk of the town with its limited programming, most of which has been received with a relative shrug. But their library continues to grow (most notably with Sofia Coppola’s new film next year) and coming soon is one of our Sundance favorites, Minhal Baig’s coming-of-age story Hala. Set to arrive on November 22 in theaters before arriving on Apple TV+ on December 6, the first trailer has now landed.

Dan Mecca said in our review, “Geraldine Viswanathan, welcome to the rest of your career. The young star, who stole scenes in last year’s comedy Blockers, is the lead in Hala, written and directed by Minhal Baig. She plays the titular character, a Muslim teenager coming to terms with her parents’ expectations, her religion’s expectations, and the expectations she has for herself. Sundance has offered plenty of coming-of-age stories throughout the years. Few are as effective as this one.”

Seventeen-year-old Pakistani American teenager Hala (Geraldine Viswanathan) struggles to balance desire with her familial, cultural and religious obligations. As she comes into her own, she grapples with a secret that threatens to unravel her family. Written and directed by Minhal Baig and executive produced by Jada Pinkett Smith, ”Hala” was an official selection of the 2019 Sundance Film Festival and 2019 Toronto International Film Festival.

Hala opens on November 22 in theaters before arriving on Apple TV+ on December 6.