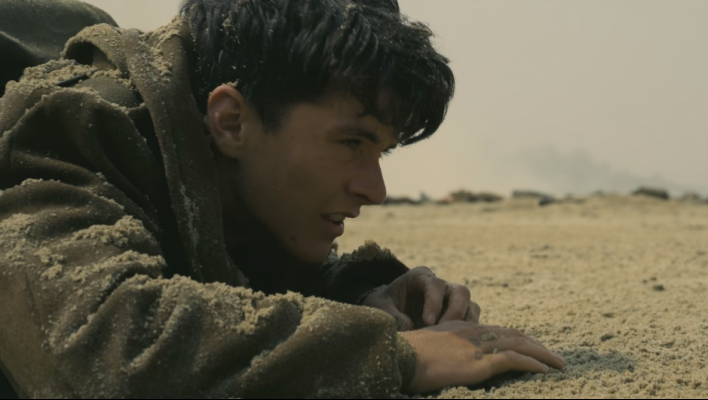 Looking over next summer’s wide-release slate, it becomes clear, and perhaps unsurprisingly so, that Christopher Nolan‘s Dunkirk is not so much one of the top draws as it is one of the few attractions worth any attention. (The other is Edgar Wright’s Baby Driver, thus raising the question of what, exactly, British filmmakers can bring to studio projects that’s otherwise missing.) Following an initial teaser that caused minor waves (some of them derisive), the first full-length trailer is now available for your viewing pleasure.

The war drama is inspired by Operation Dynamo, a miracle of a mission in 1940 where nearly 340,000 Allied troops were rescued after being trapped by the Nazis in this northern area of France. See the preview below for the film starring Mark Rylance, Tom Hardy, Kenneth Branagh, Harry Styles, Cillian Murphy, Fionn Whitehead, Aneurin Barnard, James D’Arcy, Jack Lowden, Barry Keoghan, and Tom Glynn-Carne. There will also be a 5-minute prologue for the film screening ahead of Rogue One at select IMAX theaters (see the full list here).