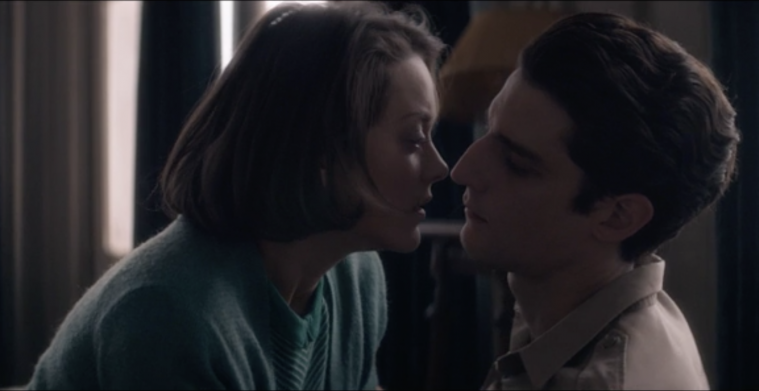 ‘From the Land of the Moon’ Exclusive Clip: Marion Cotillard and Louis Garrel Make a Promise

After taking on two high-profile Hollywood projects last year with Allied and Assassin’s Creed, Marion Cotillard’s latest roles find her going back to her native country. After Ismael’s Ghosts opened Cannes this year, one of last year’s selections, Nicole Garcia’s From the Land of the Moon, arrives in limited U.S. theatrical release today and we’re pleased to debut an exclusive clip.

Set after World War II, the romantic drama follows the actress bound by a loveless and begins an affair. Also starring Louis Garrel and Álex Brendemühl, this clip, courtesy of Sundance Selects, finds the characters played by Cotillard and Garrel making a promise. Check out the exclusive preview below, along with the trailer.

Based on the international best-selling novel and starring Academy Award®-winner Marion Cotillard, FROM THE LAND OF THE MOON is the story of a free-spirited woman fighting for passionate dreams of true love against all odds. Gabrielle (Cotillard) comes from a small village in the South of France at a a time when her dream of true love is considered scandalous, and even a sign of insanity. Her parents marry her to José (Àlex Brendemühl), an honest and loving Spanish farm worker who they think will make a respectable woman of her. Despite José’s devotion to her, Gabrielle vows that she will never love José and lives like a prisoner bound by the constraints of conventional post World War II society until the day she is sent away to a hospital in the Alps to heal her kidney stones. There she meets André Sauvage (Louis Garrel), a dashing injured veteran of the Indochinese War, who rekindles the passion buried inside her. She promises they will run away together, and André seems to share her desire. Will anyone dare rob her of her right to follow her dreams?

From the Land of the Moon is now playing.