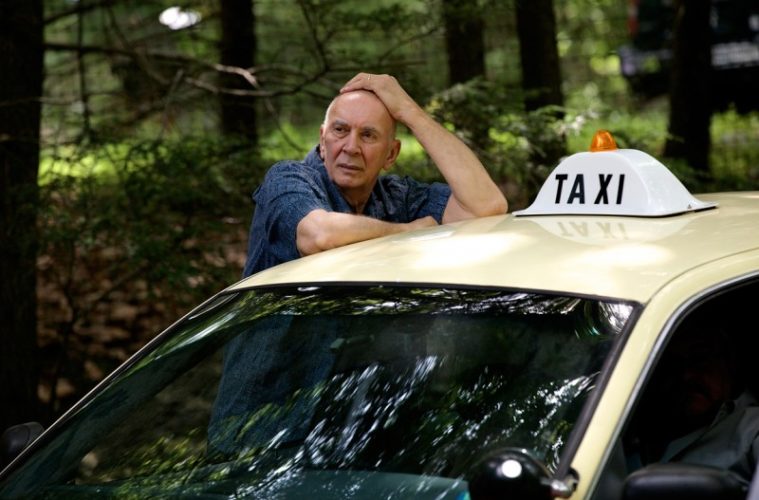 The pitch “Frank Langella road trips with son-in-law Billy Crudup to get legally euthanized in Oregon” doesn’t exactly conjure up images of hilarity, but director Joel David Moore seems to have found a way to inject humor into the foundation of his latest feature, Youth in Oregon. Off a script from first-time writer Andrew Eisen, Youth in Oregon looks to straddle that line of comedy and drama that birthed the phrase dramedy.

Coupled with a slew of festival banners, the first trailer demonstrates that tonal balancing act attempted by Moore, one which will either pay off with an emotional but ultimately rousing experience, or a thematically inconsistent experience. See the trailer below, along with a synopsis and poster, for the film that also stars Christina Applegate, Josh Lucas, and Mary Kay Place.

When 79-year-old curmudgeon Raymond (Frank Langella) makes arrangements to be euthanized in Oregon, his family refuses to accept his decision. But when another family emergency arises, Raymond’s daughter Kate (Christina Applegate) turns to her husband Brian (Billy Crudup) for a little help. So Brian reluctantly volunteers to drive the cantankerous Raymond and his wine-loving wife Estelle (Mary Kay Place) three thousand miles to Oregon. Determined to change the old man’s mind before they reach the Beaver State, it becomes quickly apparent to Brian that convincing your father-in-law to keep living when he’s ready to check out is no simple task.