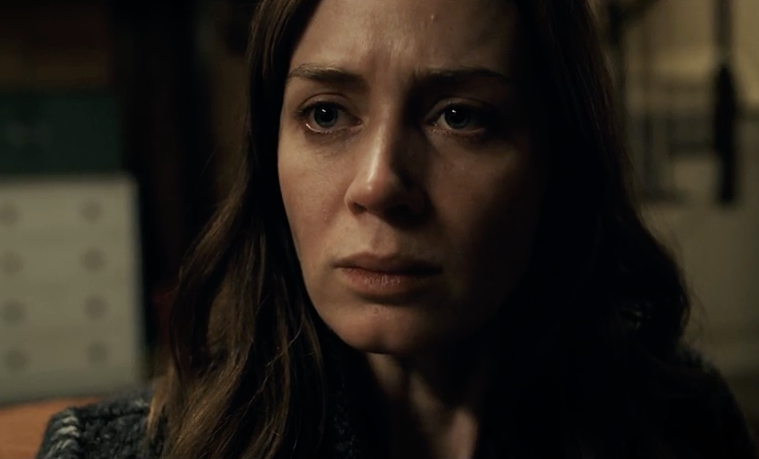 While she can be seen in a fantastical world with The Huntsman: Winter’s War this weekend, Emily Blunt‘s more grounded — and substantial — role will come this fall with The Girl on the Train. Based on Paula Hawkins’ best-seller, today the first trailer has landed for the Tate Taylor-directed, Steven Spielberg-produced mystery thriller.

“Rachel [Emily Blunt’s character] does things that we all think, and we all wish we could do,” the director tells EW. In the story, she stars as a lonely, alcoholic divorcée who spies on a couple (Luke Evans and Hayley Bennett) from afar, only to get more involved in their lives as a mysterious disappearance crops up.

In the thriller, Rachel (Blunt), who is devastated by her recent divorce, spends her daily commute fantasizing about the seemingly perfect couple who live in a house that her train passes every day, until one morning she sees something shocking happen there and becomes entangled in the mystery that unfolds.

Based on Paula Hawkins’ bestselling novel, The Girl on the Train is adapted for the screen by Erin Cressida Wilson and Taylor. The film’s executive producers are Jared LeBoff and Celia Costas, and it will be released by Universal Pictures. The Girl on the Train hits theaters on October 7th, 2016.