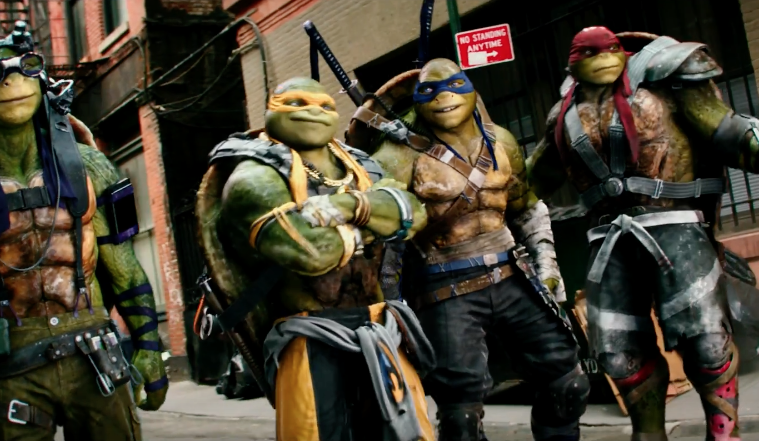 First Trailer For ‘Teenage Mutant Ninja Turtles: Out of the Shadows’

After many delays and little hype, the poorly-received, Michael Bay-produced Teenage Mutant Ninja Turtles arrived in late summer of 2014 destined to quickly fade from the marketplace. Despite the odds, it went on to make nearly $500 million worldwide, so Paramount did what Hollywood tends to do, and went ahead with a sequel as quickly as possible. Today we now have the first look at the follow-up as the trailer has landed.

Titled Teenage Mutant Ninja Turtles: Out of the Shadows, Dave Green has stepped in as director after making his debut on another sci-fi feature, the found-footage Earth to Echo. Backed by Run–D.M.C., we can’t say expectations are high, but perhaps it’ll improve upon its predecessor. Starring Megan Fox, Stephen Amell, Will Arnett, William Fichtner, Brian Tee, Tyler Perry, Brittany Ishibashi and Laura Linney, check out the trailer below.

Teenage Mutant Ninja Turtles: Out of the Shadows opens on June 3rd, 2016.