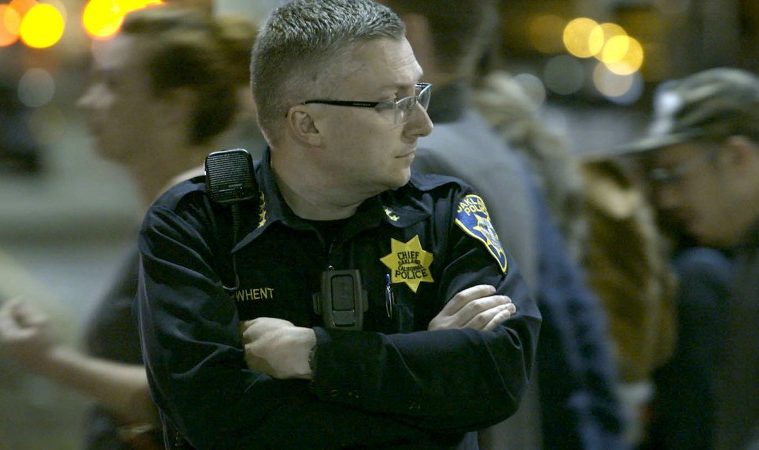 First Trailer for Sundance Winner ‘The Force’ Goes Behind the Badge

As the rallying cries for reform when it comes to policing in this country get louder by the day, one filmmaker is diving into the middle of the issue. Peter Nicks’ The Force goes deep inside the Oakland Police Department and the results look to be a gripping, unsensationalized document. Winner of the Director’s Prize at this year’s Sundance in its U.S. Documentary category, the first trailer has now arrived ahead of a September release.

“Some of the footage brings to mind Fox’s Cops, as we follow officers on the beat as they answer routine calls,” we said in our review. “Lawrence Lerew’s editing never stylizes the material, allowing the footage to speak for itself, cutting only for emotional impact. When we see officer’s body-cam footage, it’s garbled and choppy, seemingly filming at a rate of about two frames-per-second. What happens in that nearly unwatchable footage remains totally debatable and woefully unclear. ”

A young chief, hailed as a reformer, is brought in to complete the turnaround at the very moment the #BlackLivesMatter movement emerges to demand police accountability and racial justice both in Oakland and across the nation. Meanwhile, young cops in the Academy learn how to police in a new era of transparency and accountability. And out on the street, the camera gets up close as rookie and veteran officers alike face an increasingly hostile public where dueling narratives surround each use of force. Officers are being watched like never before as they respond to a constant flood of 911 calls, revealing the wide gulf between how cops see themselves and how they are seen by the public.

Despite growing public distrust, the Oakland Police Department is garnering national attention as a model of police reform. But just as the department is on the verge of a breakthrough, the man charged with turning it around faces the greatest challenge of his career, one that could threaten not only the progress that has been made, but the very authority of the institution itself.

The Force opens on September 15 in San Francisco and on the 22nd in New York and Los Angeles before expanding to select cities.