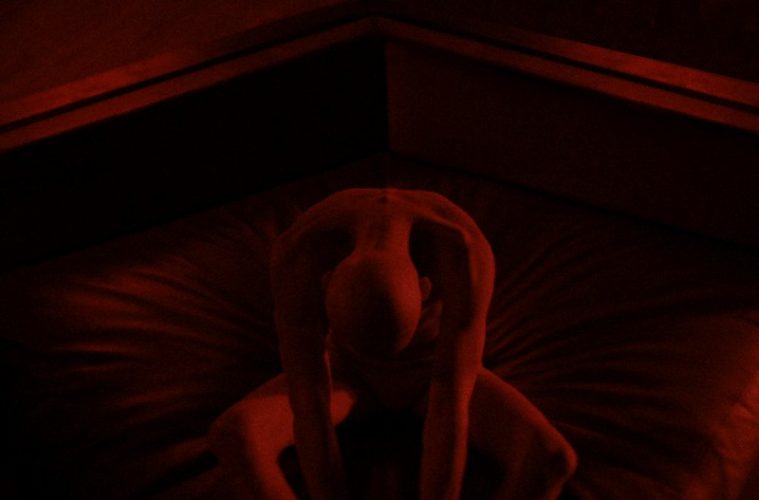 Not only is Steven Soderbergh directing new projects and movies at a fast clip (he’s currently shooting another feature with his iPhone at the moment), he’s also backing promising up-and-coming filmmakers. Eddie Alcazar, who premiered his Flying Lotus short film FUCKKKYOUUU at Sundance a few years back, is now returning to the festival circuit with his feature debut Perfect, executive produced by the Unsane director.

Once again teaming with Flying Lotus, the film premiered at SXSW this weekend and follows a young man with a violent past who enters a mysterious clinic where the patients wildly transform their bodies and minds using genetic engineering. Starring Garrett Wareing, Courtney Eaton, Tao Okamoto, Maurice Compte, and Abbie Cornish, check out the trailer and poster, along with Alcazar’s aforementioned short.

A boy in a cold and stark modern house, in a vaguely science fictional world, is seduced by advertisements of perfection to install implantable characteristics directly into his body. The implants heal his dark, twisted visions, but come with a corporeal cost. He persists on applying them, hoping to reach perfection, but ultimately he discovers that purity of mind is not exactly as he’s imagined.