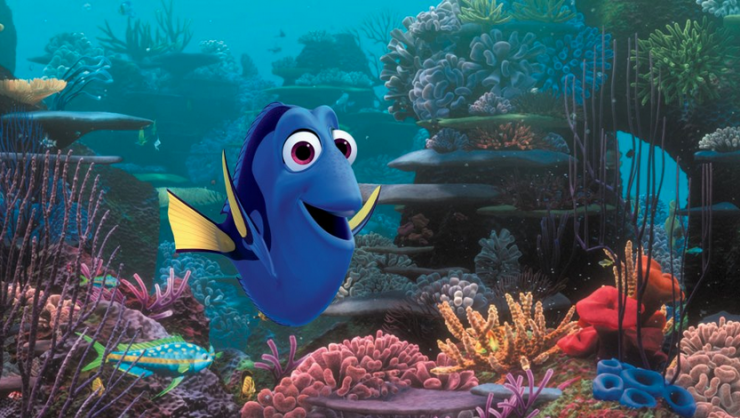 While 2015 brings two original films from Pixar, the next four out of five films from the animation studio will revisit some of their biggest franchises, including Toy Story, The Incredibles, and Cars. First out of the gate is Finding Dory, which brings back Nemo director Andrew Stanton after his jump into live-action with John Carter, and today we have the first trailer. Fittingly debuted by Ellen DeGeneres, who returns as Dory, the story finds her on a journey attempting to learn about her past and family, assisted by Marlin (Albert Brooks) and Nemo (Hayden Rolence).

“It’s a few months after the end of the first movie,” Stanton said earlier this year. “Suddenly, because of a little accident, has a sudden memory of what her parents look like, sound like, and she suddenly has to scratch that itch to go find them. She convinces Marlin and Nemo to help her because she doesn’t think she can do it on her own. She has short term memory loss. They travel far to a whole new part of the world, meeting a whole new cast of characters to try to figure out who her parents are and where they are.”

Also featuring the voice cast of Diane Keaton, Eugene Levy, Ed O’Neill, and Ty Burrell, check out the trailer and teaser poster below.