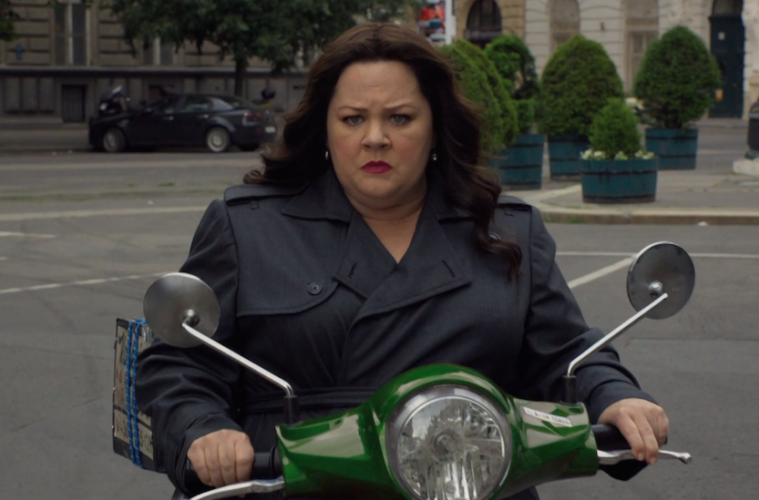 Considering their collaborations thus far have racked in over $500 million worldwide, we imagine Bridesmaids and The Heat‘s Paul Feig and star Melissa McCarthy will be working with eachother for some time to come. While she’s rumored to be up for a part in his female-led Ghostbusters reboot, before that, McCarthy will take the lead in his twist on James Bond with Spy.

“It’s basically about a woman who’d gone through CIA training, being the sort of person in the CIA basement who talks a modern-day James Bond through his missions,” Feig says. “And, when something happens to him, she is forced to go out into the field and do it herself. So, it’s basically her rediscovering her skill.” The first trailers (of the red and green band variety) and poster have now landed today. They can be seen below for the film also starring Jason Statham, Rose Byrne, Bobby Cannavale, Allison Janney, Curtis “50 Cent” Jackson, Miranda Hart, and Jude Law.

Susan Cooper (Melissa McCarthy) is an unassuming, deskbound CIA analyst, and the unsung hero behind the Agency’s most dangerous missions. But when her partner (Jude Law) falls off the grid and another top agent (Jason Statham) is compromised, she volunteers to go deep undercover to infiltrate the world of a deadly arms dealer, and prevent a global disaster.