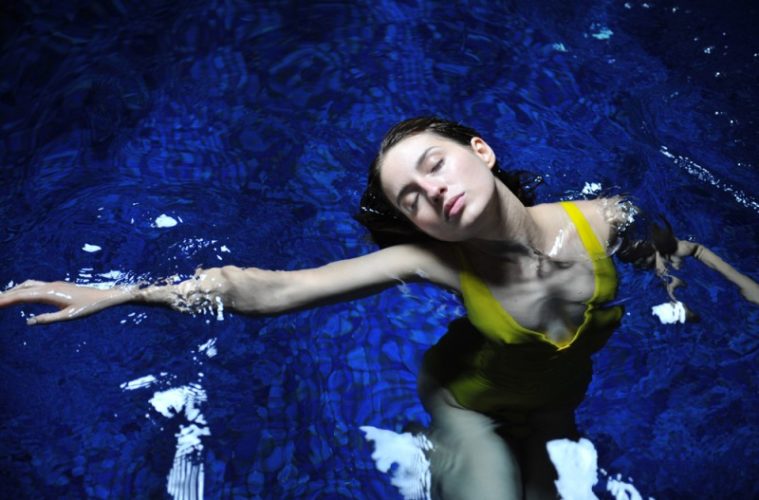 Mélanie Laurent hasn’t been onscreen a great deal as of late, but she has the ideal excuse: she’s been busy behind the camera. Following her astounding drama Breathe, she co-directed another feature and now she’s back with two more films. While the Elle Fanning-led Galveston won’t arrive until 2018, at TIFF this year she debuted Plonger, which follows a Spanish photographer who takes up deep-sea diving and falls in love with a French war correspondent.

While it hasn’t been picked up for a release in the United States, it’ll debut in France later this month and now the first trailer has landed. Shaping up to be an other beautiful, emotional feature from the actress-turned-director, hopefully U.S. distributors are taking note. Check out the trailer (no subtitles yet, but we’ll update when they arrive), TIFF synopsis, and poster below for the film starring Gilles Lellouche and Maria Valverde.

Paz (María Valverde) is a Spanish photographer seeking adventure. Travelling and meeting new people are part of her DNA. The same had been true for César (Gilles Lellouche), a French war correspondent, but he is now looking for a quieter life. Where Paz dreams of new experiences, César would rather write about those in his past. Despite their different outlooks, they are madly in love. When Paz learns that she’s pregnant, however, César’s enthusiastic reaction is not matched by her own more muted response.

While Paz certainly experiences moments of joy with their baby son, Hector, there are many more of exhaustion and frustration as she bears the daily burdens of motherhood, mostly alone. There are glimpses of Paz’s former life, and she mounts a new photo exhibit at a local gallery, but even César comments that her work somehow feels less free than before. He feels her slipping away. Suffocated by motherhood, Paz makes the difficult decision to leave her family. Alone with Hector, César must decide whether those who want to run away also want to be found.

Plonger opens on November 29 in France.