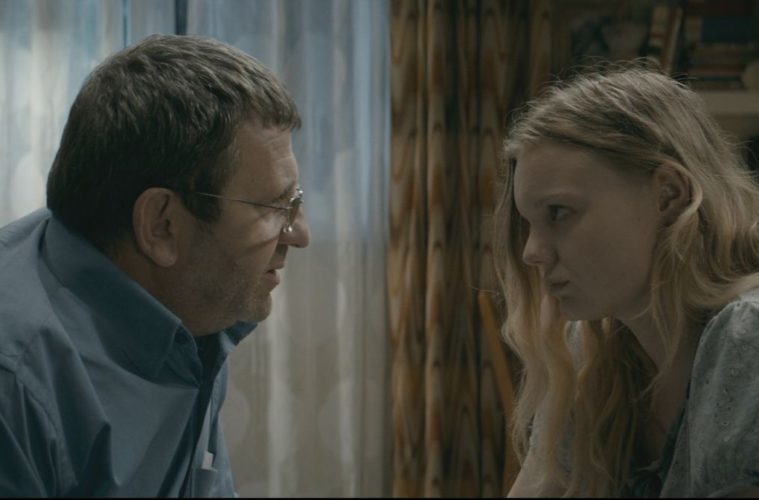 Romania’s Cristian Mungiu had quite a bit to celebrate during his birthday this week. Not only is his latest feature, Graduation, completed and accepted in competition in Cannes — not necessarily a surprise after deservedly winning the Palme d’Or back in 2007 for 4 Months, 3 Weeks and 2 Days — but it was also picked up for U.S. distribution by Sundance Selects before the premiere.

While we don’t have an English-subtitled trailer, the first one has landed ahead of its Cannes premiere. The drama is described as “a powerful and universal study about the imprecision of parenthood, the relativity of truth and the ambiguity of compromise, revealed by a father-daughter relationship.” Check out the trailer below, along with two clips and the poster, for the film starring Adrian Titieni, Maria Dragus, and Lia Bugnar.

ROMEO ALDEA (49), a physician living in a small mountain town in Transylvania, has raised his daughter Eliza with the idea that once she turns 18, she will leave to study and live abroad. His plan is close to succeeding -Eliza has won a scholarship to study psychology in the UK. She just has to pass her final exams – a formality for such a good student. On the day before her first written exam, Eliza is assaulted in an attack that could jeopardize her entire future. Now Romeo has to make a decision. There are ways of solving the situation, but none of them using the principles he, as a father, has taught his daughter.

Graduation will premiere at Cannes, open in Romania on May 20th, and hopefully later this year in the U.S. via Sundance Selects.