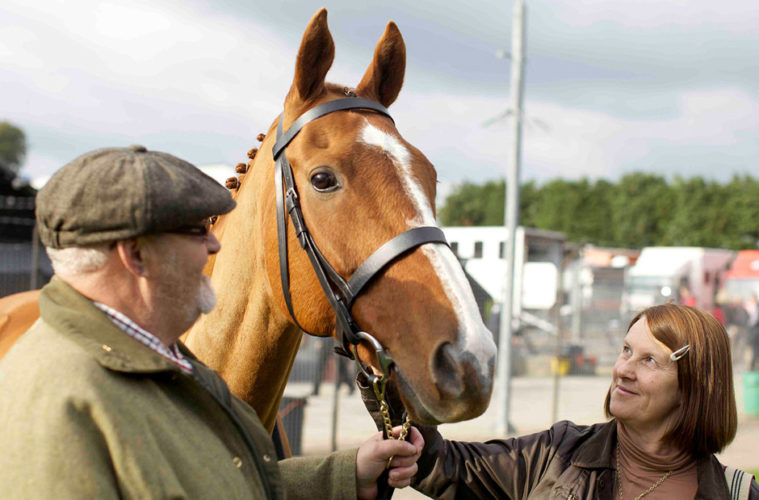 Not to be confused with Todd Solondz‘s latest film, the documentary Dark Horse premiered at Sundance Film Festival earlier this year, where it rightfully picked up the audience award in its category. Directed by Louise Osmond, it follows a small village in Wales who banded together at the behest of a local barmaid to breed a racehorse. Ahead of a release across the pond, the first trailer has now arrived.

I said in my recap, “It’s no surprise Dark Horse won the audience award in its respective category at this year’s Sundance. The ultimate crowdpleaser (and I mean that in the best way possible) tracks the feel-good story of each of them pitching in to train it and they would split the profits, if any were to arrive. While one could easily track down the story, we’ll only say that Osmond’s up-and-down tale has one hooked on every word, thanks to the endearing personalities of the townsfolk and their captivating story. I certainly shed a few tears of joy during this one, and I’d imagine most audiences will as well.”

Dark Horse opens in the U.K. and Ireland on April 17th and Sony Pictures Classics will likely release it later this year in the United States. Check out the trailer below.