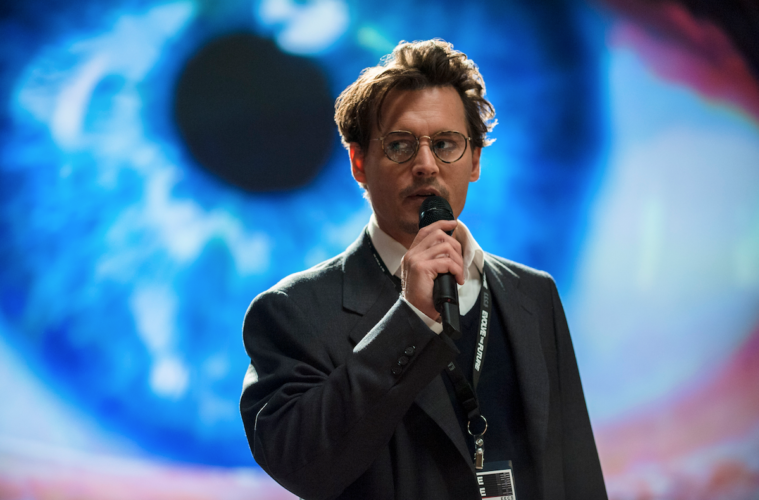 While it’s a year away, we’ve already seen footage from Christopher Nolan‘s Interstellar in the form of a teaser trailer, so the question remained when we would get our first glimpse at Wally Pfister‘s directorial debut Transcendence. Produced by Nolan, the sci-fi-drama lands this spring and follows Johnny Depp as a researcher who gets uploaded into the mainframe of his computer — in a near-future when A.I. is outpacing human intelligence. The first teaser has now landed, but sadly doesn’t look to contain any actual footage. Still, word has it a full-length one is around the corner, so in the meantime, check it out below for the film also starring Morgan Freeman, Rebecca Hall, Cillian Murphy, Clifton Collins Jr., Kate Mara, and Paul Bettany.

Dr. Will Caster (Johnny Depp) is the foremost researcher in the field of Artificial Intelligence, working to create a sentient machine that combines the collective intelligence of everything ever known with the full range of human emotions. His highly controversial experiments have made him famous, but they have also made him the prime target of anti-technology extremists who will do whatever it takes to stop him. However, in their attempt to destroy Will, they inadvertently become the catalyst for him to succeed—to be a participant in his own transcendence. For his wife Evelyn (Rebecca Hall) and best friend Max Waters (Paul Bettany), both fellow researchers, the question is not if they can…but if they should. Their worst fears are realized as Will’s thirst for knowledge evolves into a seemingly omnipresent quest for power, to what end is unknown. The only thing that is becoming terrifyingly clear is there may be no way to stop him.