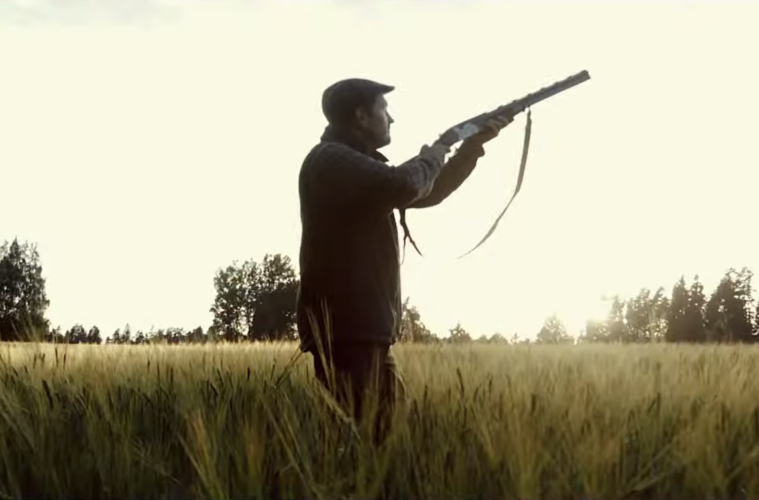 After his terrifying breakout film Compliance, Craig Zobel returned with the star-studded Z for Zachariah and now he’s back with the mysterious new thriller The Hunt. Not to be confused with Thomas Vinterberg’s Mads Mikkelsen-led film, this project comes from writers Damon Lindelof and Nick Cuse (The Leftovers) and producer Jason Blum.

Starring Ike Barinholtz, Betty Gilpin, Emma Roberts, Justin Hartley, Glenn Howerton, and Hilary Swank, the film follows a group of globalist elites who meet at the remote Manor House to hunt down humans for sport. When one of the hunted fights back, the game changes. If you saw Crawl this weekend, you likely saw the full trailer for the film which should make its way online soon, but in the meantime, Universal Pictures have released an inventive first teaser ahead of a September release.

Watch below, along with the full trailer. The Hunt opens on September 27.