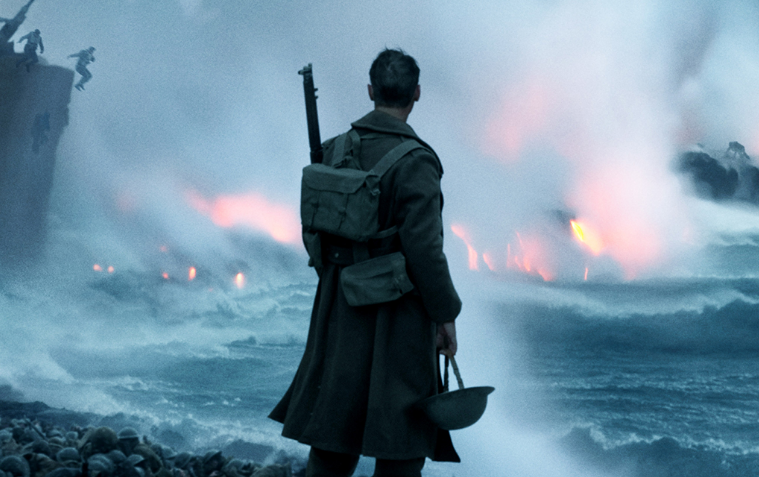 Update: The new trailer has arrived.

While we’re still awaiting official confirmation from Warner Bros. and IMAX regarding a 7-minute prologue for Christopher Nolan‘s Dunkirk playing before Rogue One, we do know a new trailer will be debuting for the World War II epic this week. Ahead of that, the first official poster has now arrived.

Familiar in style to a handful of posters for Nolan’s films (as well as Star Trek Into Darkness), we see the back of a soldier as he looks upon a war-torn beach. The war drama is inspired by Operation Dynamo, a miracle of a mission in 1940 where nearly 340,000 Allied troops were rescued after being trapped by the Nazis in this northern area of France.

The official site also has this teaser poster, which introduces the setting: