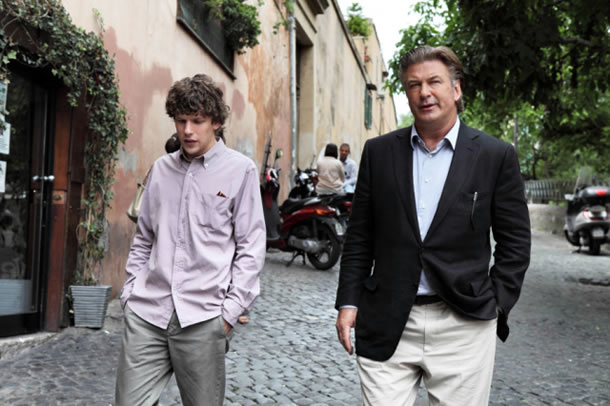 We’ve got a new title and now we’ve got our first official images. After Woody Allen fiddled with the naming of his latest feature, it looks like things are locked down and in order for a release this summer. To Rome With Love features a fantastic ensemble of Allen himself, Alec Baldwin, Roberto Benigni, Penélope Cruz, Judy Davis, Jesse Eisenberg, Greta Gerwig, Ellen Page and now we’ve got our first look at the majority of them thanks to ComingSoon.it. With hopefully a trailer around the corner form Sony Pictures Classics, check them out above and below.