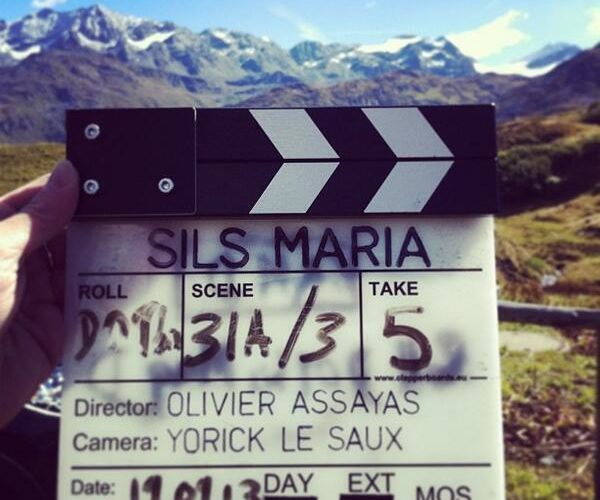 With Olivier Assayas‘ last effort Something in the Air arriving on DVD and streaming this week, there’s no excuse to not catch up with one of the year’s best films. The French writer-director is now already hard at work on his follow-up effort, the meta drama Sils Maria — and today brings the first stills.

Featuring Juliette Binoche, Chloe Moretz, and what looks to be the back of Kristen Stewart (in the above still), one can also see up-and-coming actor Johnny Flynn. In the film, Binoche plays Maria Enders, an actress who who reflects on her life and career while staying in Sils Maria in Switzerland. She dives into ageism, insecurities, and doubts brought about by a successful (albeit controversial) role she played two decades prior, while Stewart is her assistant and Moretz is a young actress.

With filming concluding next month, we imagine Assayas will have this one ready for Cannes. As we await official confirmation, one can see the photos above and below, as well as a behind-the-scenes snap at our gorgeous location, coming from Sudostschweiz/SRF (via The Playlist) and Hechos_Stewart.