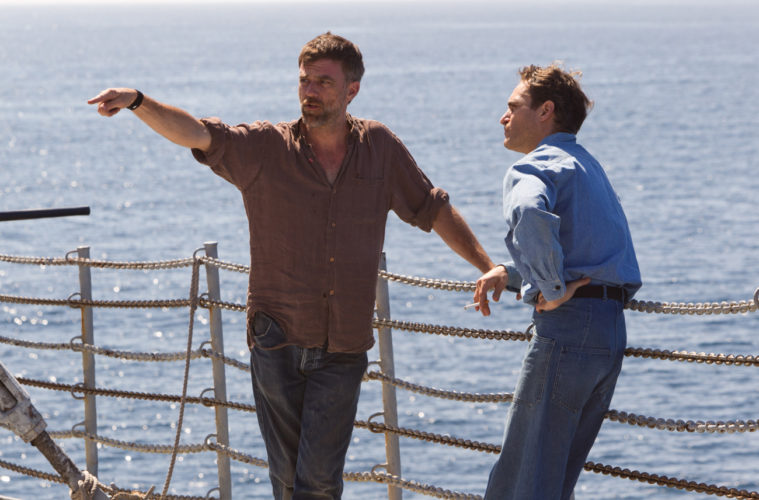 Paul Thomas Anderson has recently kicked off production for his seventh feature and yet another period piece, Inherent Vice, and we’ve got the first proof today. Heading back to 1970’s Los Angeles, one can see a mutton chop-wearing Joaquin Phoenix playing Larry “Doc” Sportello, a pot-smoking (and evidently, cigarette-using) detective on a kidnapping case. Also revealed in the set photos is a new member of our cast, Anderson’s very pregnant partner, Maya Rudolph, who is expecting their fourth child this summer.

Wearing scrubs, there’s no mention of her role yet, but with an extensive ensemble including Reese Witherspoon, Jena Malone, Katherine Waterston, Sean Penn, Owen Wilson, Benicio Del Toro, Martin Short and Kevin O’Connor, it could easily be a brief part. With production extending for the next few months thanks to Warner Bros., it looks like this set is already not as locked down as The Master, so we can expect more photos to flood in. Check out our first below thanks to Daily Mail. Expect a 2014 release for Inherent Vice.