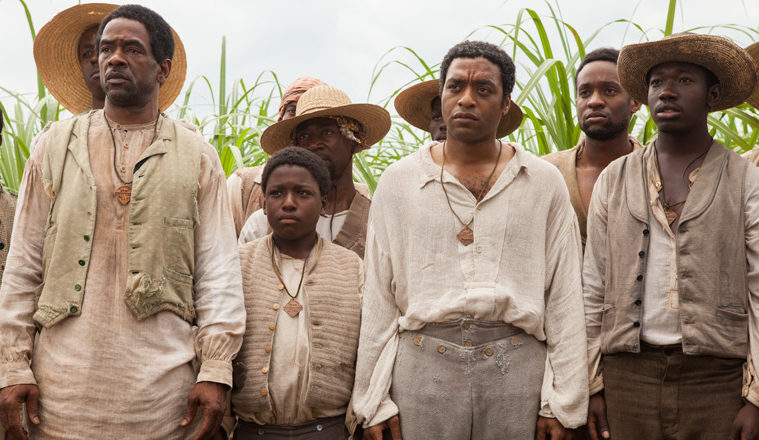 Although we won’t get to see the actual film until the tail end of the year, Brad Pitt is debuting the first trailer for his producing effort Twelve Years a Slave alongside his large-scale zombie movie World War Z and ahead of the footage later this week, the first official images have arrived. Marking the third effort from Shame and Hunger director Steve McQueen, the film is based on Solomon Northup‘s 1853 autobiography.

As we can see in these new images, coming from USA Today, the film which the director says showcases “a very painful, brutal experience,” follows Northup (Chiwetel Ejiofor), who was kidnapped and put in a slave pen, paving the way for a grueling life under numerous owners. McQueen says his journey “was the Anne Frank story of America of that time” and “he’s like a Sidney Poitier or even Harry Belafonte. There’s a certain kind of class and dignity about him. He brings that with him wherever he goes.”