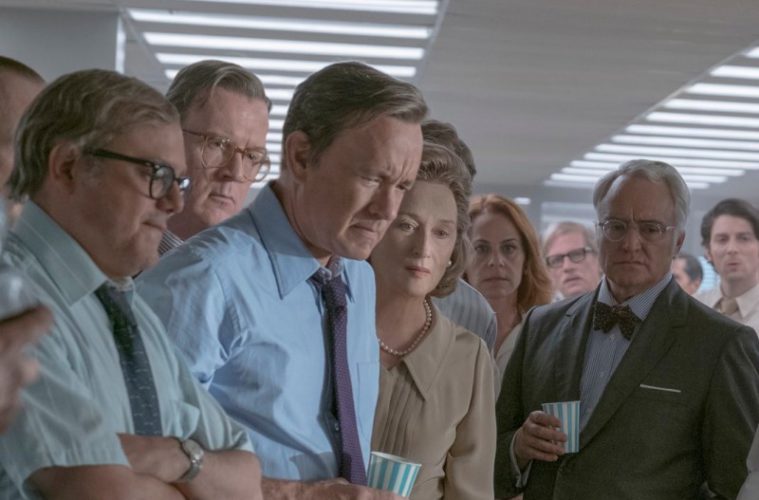 After recently getting a first preview at Paul Thomas Anderson’s Phantom Thread, the last major film of 2017 we’re waiting on a trailer for is Steven Spielberg’s The Post. Arriving just in time for Christmas, the drama follows the true story of Washington Post editor Ben Bradlee (Tom Hanks) and publisher Kay Graham (Meryl Streep) as they go up against the federal government to battle their right to publish the Pentagon Papers.