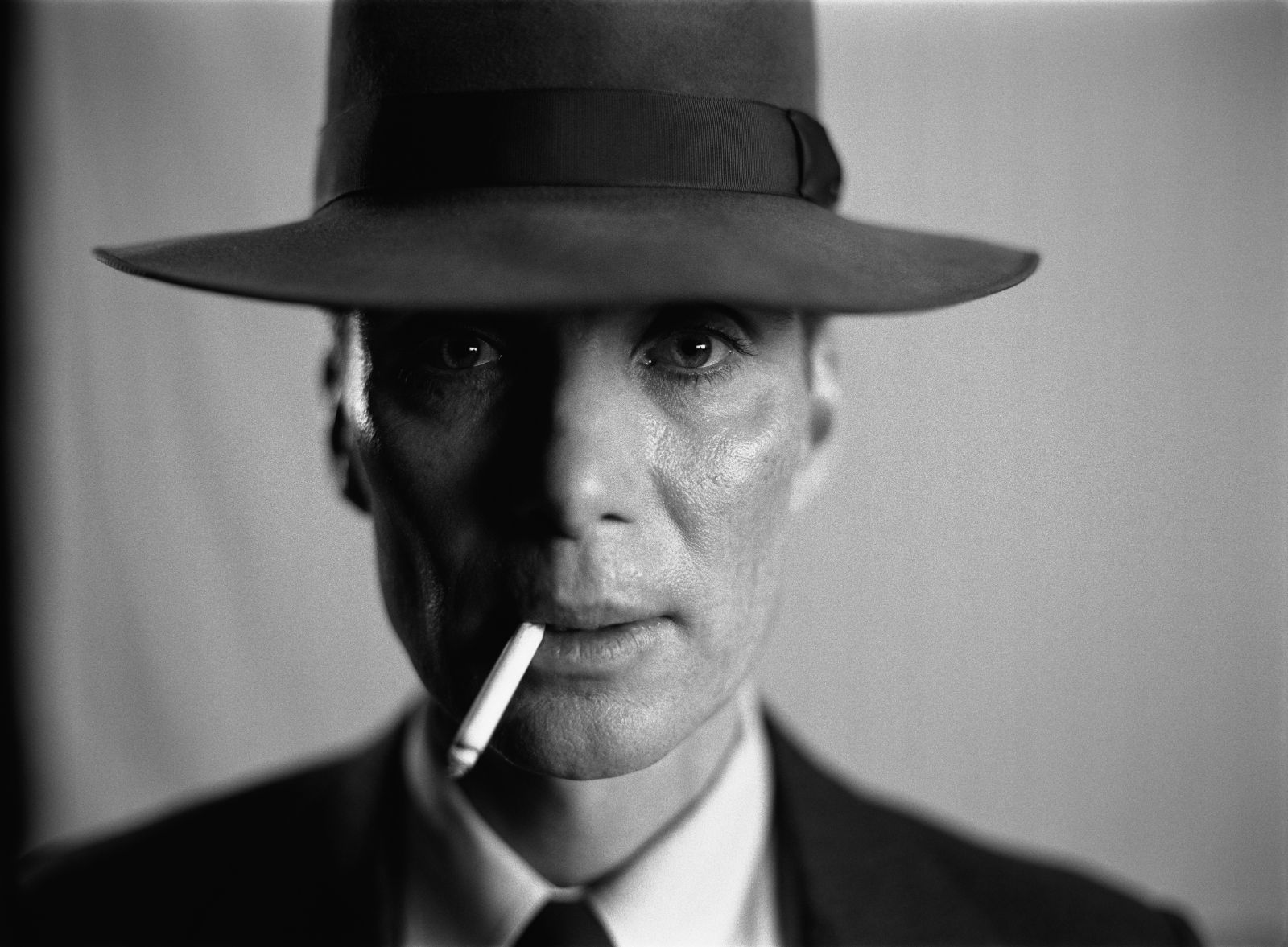 With production getting underway on Christopher Nolan’s Oppenheimer—and as a bid to get ahead of the paparazzi sure to swarm the set—Universal Pictures have unveiled the first look. In what is perhaps a hint at some different direction for Nolan, there are no sweeping vistas or intense action, but rather a simple black-and-white shot of Cillian Murphy as J. Robert Oppenheimer.

With cinematographer Hoyte Van Hoytema returning to shoot on IMAX 65mm and 65mm large-format film, Oppenheimer will also include some sections in black-and-white, as the first look indicates. The film is based on Kai Bird and Martin J. Sherwin’s book American Prometheus: The Triumph and Tragedy of J. Robert Oppenheimer, which explores the development of the atom bomb during WWII. “The epic thrusts audiences into the pulse-pounding paradox of the enigmatic man who must risk destroying the world in order to save it,” notes the official logline.