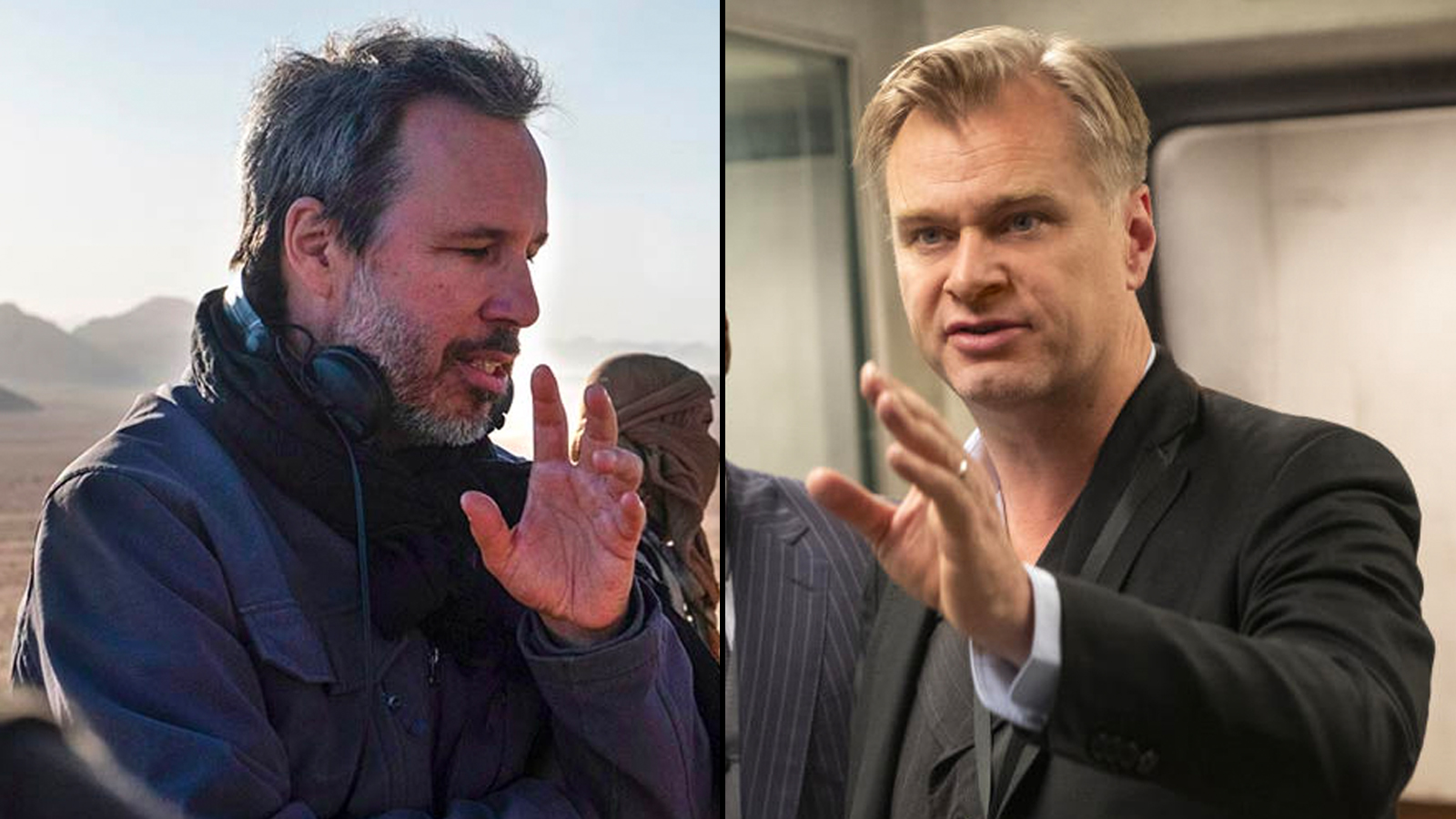 As Christopher Nolan prepares to shoot his next film Oppenheimer, starring Cillian Murphy and Emily Blunt, he found time to show his support for another director who knows a thing or two working on a massive scale. As Denis Villeneuve’s Dune arrives in the United States, the two gathered for a DGA conversation about the Frank Herbert adaptation.

Villeneuve discusses preparing and how the book was his bible while noting the elephant in the room that was Star Wars and trying to bring something fresh at every turn. When discussing the potential sequels, the director notes that because Blade Runner 2049 wasn’t a box office success (though Nolan proclaimed his love for it), Warner Bros. were cold on investing in a sequel, but he “was grateful it happened this way” due to the immense workload. (Nolan adds he would never make two films back to back.)

They also discussed how the film was a love letter to big-screen cinema and notably the influences of Lawrence of Arabia and Apocalypse Now. Nolan also noted how the scale of the film is “greatly enhanced” by the scale of the cast, and Villeneuve said the ensemble was close to his dream list. They also discussed their shared collaborator Hans Zimmer and how he never listened to Toto’s score for David Lynch’s version before crafting his work.

While it didn’t come up in this chat Villeneuve recently shared his admiration for Nolan’s latest work, saying “I was blown away by Tenet, I think it’s a masterpiece.” He continued on the ReelBlend podcast (via The Playlist), “I think it’s a movie that’s an incredible cinematic achievement. I think that it’s a very complex movie, I had so much fun, I saw it several times and each time it was a blast and I think the level of mastery of Christopher Nolan is unmatched.”

Listen below, along with another recent conversation between Villeneuve and Zimmer at the 59th New York Film Festival.