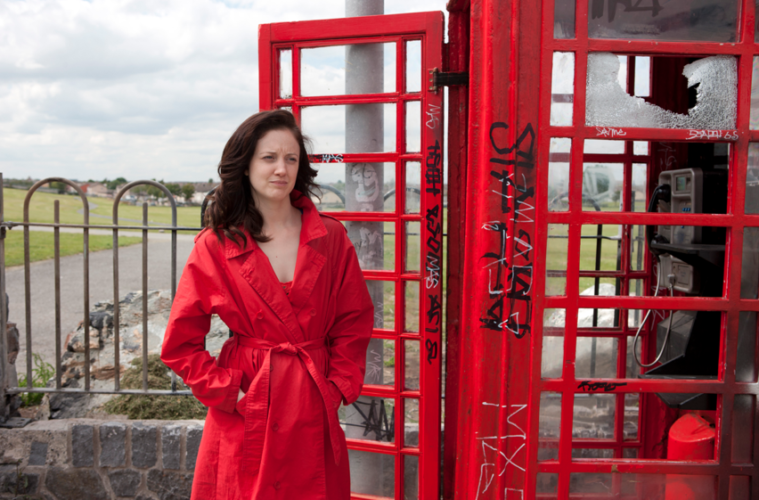 James Marsh is a staple at the Sundance Film Festival. He won the directing award last year for his documentary Project Nim and his Man on Wire picked up the audience awards and grand jury prize. He will return to the fest this year, but not in the same genre. He is heading back to narrative form, for his drama Shadow Dancer. Today we have the first look at star Andrea Riseborough above, where she is also joined by Clive Owen, Aidan Gillen, Domhnall Gleeson and Gillian Anderson, in the film where “a widowed mother is arrested in an aborted bomb plot and she must make hard choices to protect her son.”

We also have the first look at Ari Graynor (Youth in Revolt, Nick & Nora) in the indie drama For A Good Time, Call…, the debut from Jamie Travis. Graynor stars with Lauren Anne Miller, Justin Long, Mark Webber and James Wolk. Check out the first images below. Lauren and Katie move in together after a loss of a relationship and a loss of a rent controlled home, respectively. When Lauren learns what Katie does for a living the two enter into a wildly unconventional business venture.