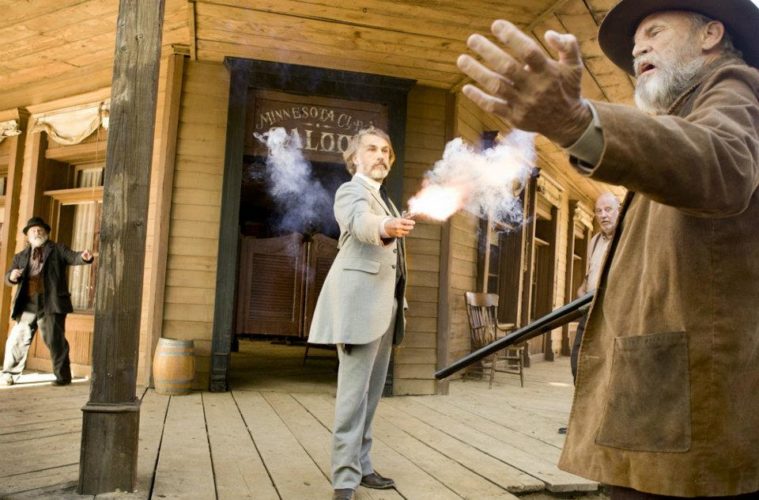 It’s here, folks. Although butchered in Entertainment Tonight‘s obnoxious voice-over and editing, they’ve premiered our very first, brief footage of Quentin Tarantino‘s Django Unchained. Featuring Christoph Waltz as our bounty hunter, Jamie Foxx as the freed slave and Leonardo DiCaprio as slave master Calvin Candle, this one only gives us small glimpses at our trio. With a full-length 2-minute and 21-second trailer coming later this week, there’s no sense in commenting until we see the full thing. But I certainly like what I see here. So check out this 30-second piece of footage below to increase anticipation and come back for the trailer, attached to Prometheus this weekend. If you missed our impressions of the extended sequences we saw at Cannes, check that out here.