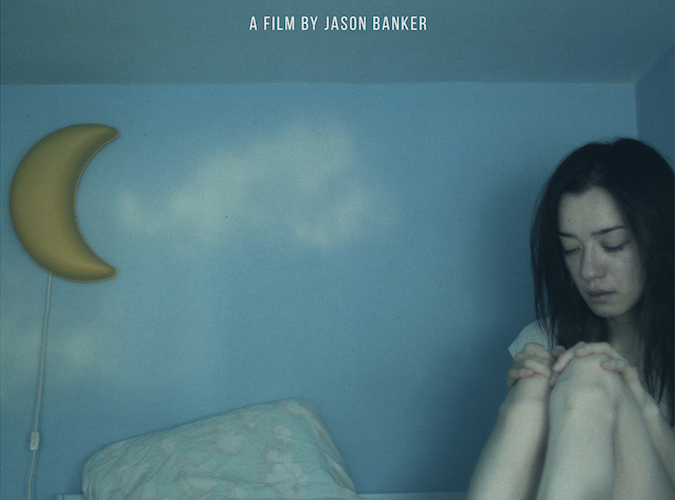 Being challenged and shocked by a film can be both a blessing and a curse. Inevitably it will alienate many, but those that show up to the genre film festival known as Fantastic Fest are game. Mixing slow-building dread and mental health issues, Felt arrives as a needle prick of chaos. This is the kind of film that many will receive the main actress with open arms for giving things like a “brave” performance and more, but will shirk off the film as a whole as a bit too downtrodden to have much commercial or critical appeal. However, any time a film revolves around a creative person’s dealing with trauma, likely sexual in nature in Felt, and the ramifications it can have, you get a sense of who is in for a film that isn’t exactly a pleasure to watch but might offer insight or perspective in a way other directors shy away from.

Director Jason Banker has a tendency to capture events in interesting ways. In this film he uses first-time actress Amy Everson as Amy, a woman who is coping with an unexplained trauma that tends to haunt her dreams and creates an odd tension with her friends. She’s outspoken, honest, but also fiercely loyal and intelligent. She creates alter egos and is a bit of a crafter, creating costumes of various kinds that explore the male perspective in many ways. She creates pants with a fake felt penis that she trounces around the nearby forest with, putting it in places it doesn’t belong. Additionally, Amy fashions muscle suits and seems to be focusing on the male dynamic. Her obsession with escaping through these means starts to alienate her from her closest friends but it also begins to create new and interesting friendships with people who see her as a kindred spirit. As her friends attempt to drag her out of her morose and languid behavior, Amy goes on a few dates and we learn that without adequate buffering, normal occurrences in in adult relationships often come too fast, too soon. To call most of her male suitors assholes is easy, but why they were ever presented is troublesome as well. If we can’t count on our friends to have a good sense of filtering, who can we trust? But things change for the better when Amy and her friend, who have been using their sexual power in a way to reverse the dynamics, run into Kenny (Kentucker Audley). He’s sweet, charming, and isn’t afraid to let Amy breathe and have her space. He is the ideal guy in many ways, embracing her creativity and unique qualities.

But the film wouldn’t be at a festival like Fantastic Fest if they simply ride off into the sunset, and to be sure, Banker has been slowly building a sense of dread throughout. Amy’s language has become more violent in ways that aren’t rational. She is focused on the male genitalia in a way that makes one feel uncomfortable for everyone around her, even Kenny. By the shocking conclusion, we fully grasp just why a film can affect us so much. People do cruel things to each other every day. Whether this is a revenge narrative or not, the way in which Felt works is truly unsettling.

Felt premiered at Fantastic Fest. See the trailer above.