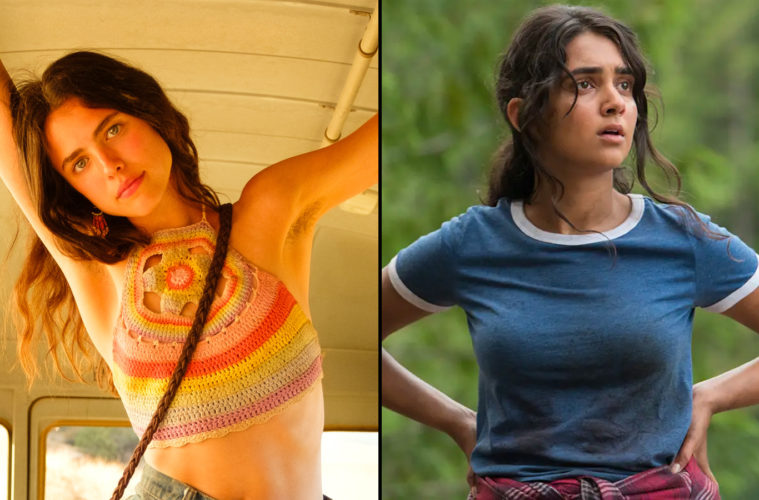 Update: Beanie Feldstein has joined the film, Deadline reports. See the original below.

Following Joel Coen’s The Tragedy of Macbeth last year, marking the first team he didn’t work with his brother, Ethan Coen now has made plans to fly solo as well. While he already debuted his Jerry Lee Lewis documentary at Cannes, he’s prepping a narrative feature to shoot this fall and now he’s found his stars.

Deadline reports Margaret Qualley and Geraldine Viswanathan will lead the film, which is backed by Working Title and Focus Features. Co-written with Coen and his wife Tricia Cooke, official plot details on the untitled project are said to be kept under wraps, but it’s reportedly based on a script they’ve been developing for many years.

The Russ Meyer-inspired story will reportedly center around a lesbian road trip and was initially developed back in the mid-2000s between The Ladykillers and No Country for Old Men era. Originally set up with director Allison Anders, the action sex comedy follows “a party girl who takes a trip from Philadelphia to Miami with her buttoned-down friend. Cruising bars ensues as does the potpourri of a severed head in a hatbox, a bitter ex-girlfriend, a mystery briefcase, and an evil senator.”

A casting notice, along with confirming the film is shooting in Pittsburgh soon, uses the script’s original title Drive-Away Dykes, while another has a more expanded synopsis:

This untitled comedy follows two young women—one has just broken up with her girlfriend; the other needs a break from work—on a road trip from Philadelphia to Tallahassee. Unbeknownst to them something is stashed in the trunk of their car—something clearly of interest to the two mysterious men pursuing them. These goon’s mission is to retrieve the cargo on behalf of a person whose very identity, and connection to the goods, is a dark and terrible secret.

It’s also been revealed the film will be set in 1999 and LGBTQ+ casting is a priority for what sounds like a lesbian riff of Thelma & Louise. With production starting shortly, a 2023 release is in the cards and we can’t wait to see what Ethan Coen will cook up.