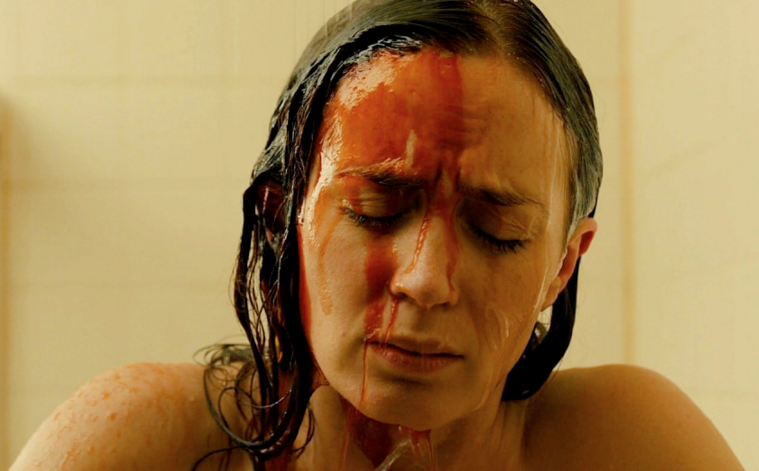 It didn’t exactly light the box-office on fire, but Denis Villeneuve‘s intense thriller Sicario — one of our favorite films of last year — made over double its modest $30 million budget back worldwide. In Hollywood, that means a sequel is at least discussed, which we got confirmation of last year, but it looks like it’s actually moving forward — and this is no April Fool’s Day joke.

We knew the writer of the original Taylor Sheridan was working on a script with the focus on Benicio Del Toro‘s hitman character, but they won’t be the only ones returning. In a profile over at THR of the production company Black Label Media, they confirm they are in “full development” of the project, with a draft of the script recently delivered. They note that “everybody” from the original cast is on board, including Emily Blunt and Josh Brolin.

“Taylor’s a really great world-builder,” producer Trent Luckinbill said. “He’s got that kind of modern Western voice, which is in vogue right now. And he did it again [with the sequel]. It’s a great big world. We can’t reveal the plot, but you’ll see [Emily Blunt, Benicio Del Toro and Josh Brolin] all come back. You have such a great character with Benicio, who was as dark as he was and still so loved. That character resonates so well with audiences. People want to know what happened to him, so it’s a perfect foray for us to explore.”

The question remains if Denis Villeneuve would return. Considering he’s tied up until late into next year with Blade Runner 2, we’d think they might look into other options, even if he’s their top choice. They confirmed as much, saying, “Obviously we would love it if Denis could [direct]. He’s a busy man, but he’s certainly part of the process with us right now.” As much as I enjoyed Sicario, if Villeneuve and especially Roger Deakins weren’t coming back, I can’t say I could muster up much anticipation. Del Toro’s character was an interesting one, especially as he took over much of the last act, but I’d rather keep the mystery of his background on the table. For more on the original, check out our extensive talk below if you missed it.

Would you want to see a Sicario 2? If Villeneuve couldn’t direct, who should?