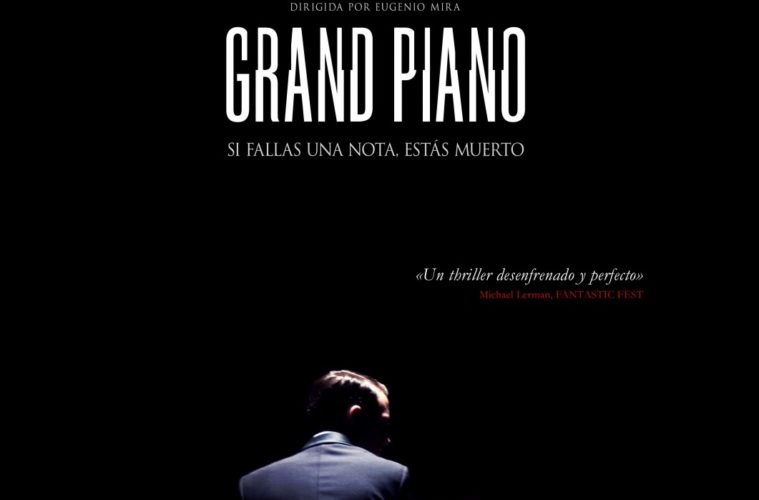 It was just a few days ago when we featured a trailer for an Elijah Wood-led Hitchcockian thriller taking in place in real-time, directed by a talented Spanish helmer. Today, a new look at another film that can be described in the exact same fashion has landed. Coming from Eugenio Mira, the first international trailer and poster for Grand Piano has landed.

Featuring Wood taking the stage in a classical concert, he starts getting mysterious notes that warns him he’ll die if he plays a wrong note. John Cusack figures into the mix as what looks to be the bad guy and all in all, it looks like a well-done thriller. Grand Piano has no U.S. release date yet, but it’ll play at Fantastic Fest soon and hit theaters in Spain on October 25th. Check out the international trailer (via Twitch with no subtitles, sorry) and poster below. Taking a page out of the book of incredible film history feats like HIGH NOON, the bulk of the movie takes place in near-real time over the course of a high stakes classical music concert. It’s here that our hero makes his long-awaited return to performing after being stricken with stage fright at a show five years ago. Lured by the chance to honor his long-time instructor in a program showcasing some of his hardest works, the reluctantly musician accepts the concert, knowing full on that it means tackling the infamous “unplayable piece.” The lights go down and the concert begins with a few warm up selections, but something strange is happening inside the score on the piano. As the pages are turned, text begins to appear, defining a very clear threat – “Play a wrong note and you die.”