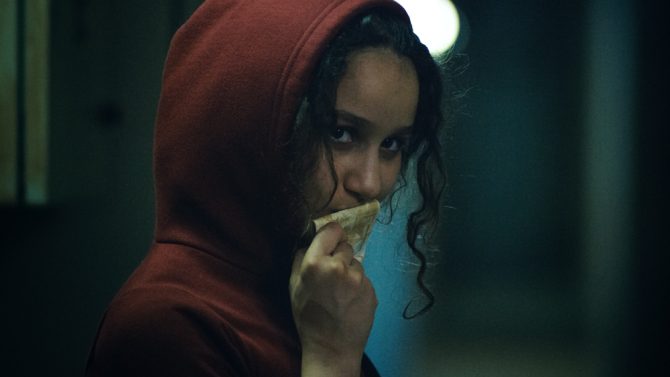 A trailer has arrived for the Cannes-winning, Netflix-distributed Divines. Helmed by Houda (billed as Uda) Benyamina, the crime drama follows two gruff teenagers entering the drug business, and the budding relationship one of them develops with a dancer — all against the backdrop of aging, familial issues, and the questioning of one’s faith (or perhaps, like thereof). The film seems to balance small moments of levity — helped by the apparent chemistry of its leads — against darker ruminations on the life they lead.

The trailer suggests stellar performances from its young, little-known cast who, as stated above, seem to work wonderfully in tandem. This, along with a rich color palette and the fact that Benyamina scooped a Caméra d’Or (or, Golden Camera) at Cannes for the film, should hopefully help its shot at being picked by viewers amongst Netflix’s hefty selection.

See the preview below, along with a poster:

A shrewd teenager and her wisecracking best friend plan to get rich or die trying by following in the footsteps of a flashy female drug dealer.