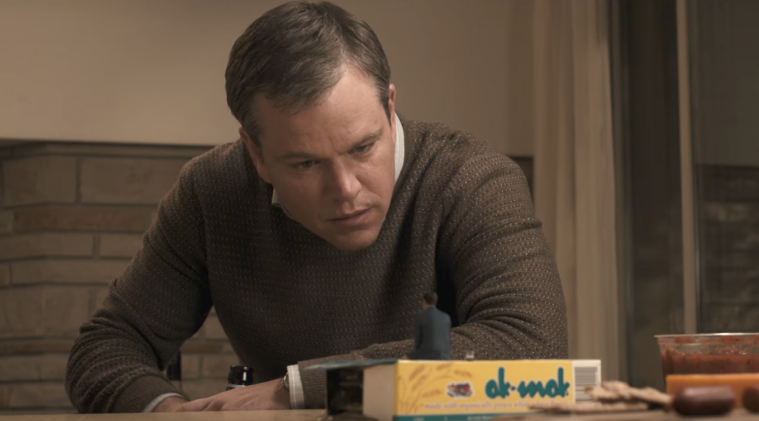 While not arriving with the mostly unanimous acclaim that most of his other films received upon premiere, we still found a lot to like with Alexander Payne’s Downsizing. We noted this ambitious sci-fi dramedy is admittedly his weakest movie, but added in our review, “So dense is this film with ideas and wonderful sight gags (as an admirer of Buster Keaton, Payne has always had an eye for physical comedy) that the roving plotline can run away from one at times.”

Downsizing, led by Matt Damon, takes place in a future where humans have the ability to downsize themselves, and in doing so, require much less resources. Damon’s down-and-out character decides to do this with his wife so they can make their money go further, but problems when arise when they aren’t on the same page. Also starring Christoph Waltz, Hong Chau, Jason Sudeikis, and Kristen Wiig, the first full-length trailer has now arrived and can be seen below.

Downsizing imagines what might happen if, as a solution to over-population, Norwegian scientists discover how to shrink humans to five inches tall and propose a 200-year global transition from big to small. People soon realize how much further money goes in a miniaturized world, and with the promise of a better life, everyman Paul Safranek (Matt Damon) and wife Audrey (Kristen Wiig) decide to abandon their stressed lives in Omaha in order to get small and move to a new downsized community — a choice that triggers life-changing adventures.