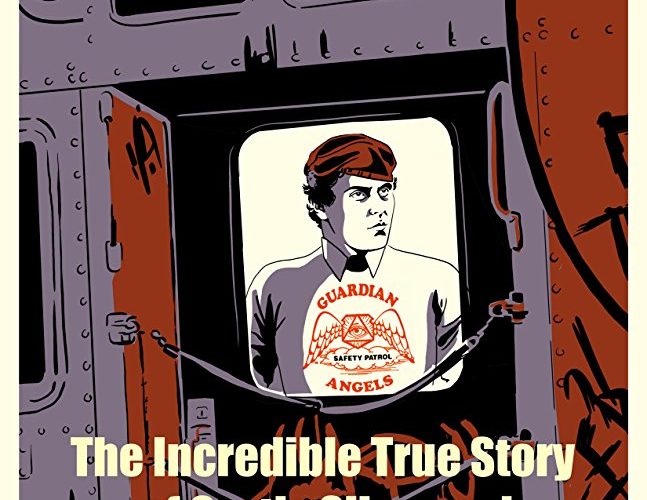 Embodying every cliché of the working class New York City loudmouth is long-time local legend Curtis Sliwa, founder of the Guardian Angels, an organization of do-gooders who formed in 1977 in a McDonalds on Fordham Road in the Bronx. His new documentary Vigilante: The Incredible True Story of Curits Sliwa and the Guardian Angels, directed by David Wexler, is an entertaining yet one-sided look at the organization told mostly through an extended interview with Sliwa and archival footage of New York in the Ed Koch, David Dinkins, and Rudy Giuliani eras. The lattermost mayor would finally give credit to the Guardian Angels while Koch and the NYPD fought against the collective, which initially was founded as a neighborhood watch. Only later as crack rock hit the poorest neighborhoods of color would the Angels become more proactive, robbing crack dealers, throwing the product in the sewer, and giving the cash proceeds to soup kitchens.

Chronicling the formation and formalization of the Angels from that rough and tumble McDonalds in the gang-infested Bronx to an international movement, the film skates over a few of the Angels and Silwa’s personal controversies as some come to view them as an occupying force, while Silwa takes advantage of certain media narratives to further his agenda.

As a first-person oral history, Vigilante is a brash and entertaining story of good ol’ fashion New York City grit. A working class Polish-Irish boy from Canarsie makes good without a high school education, taking to the streets, inspired by Death Wish and Taxi Driver. He finds himself with a death wish later in his career when he takes on John Gotti over an Ozone Park murder witnessed by his cousin via his radio program. Left for dead he finds strange bedfellows with the mob, continuing to taunt Gotti Jr. even on screen in the film’s opening monologue.

As the Angels transition from the Magnificent Seven, the rag tag group of McDonalds employees trained to deal with the rough crowds and gang members they dealt with on a nightly basis, Silwa creates a formal training program that allows the movement to spread far and wide to other cities globally. After attaining the status of local celebrity he falls for Lisa Evers, an upscale women from suburban New Jersey who joins the cause and adds gender diversity to his movement.

Wexler’s film succeeds largely on personality, combining a trove of archival materials of the ol’ dirty New York with some of Silwa’s travels throughout the years as he revisits his childhood home (now a de facto global head quarters for the organization) and continues to host his radio program. Vigilante is a slight, yet engaging oral history of a city on the ropes from burning buildings, the son of Sam, and a police force that ceded duties for one reason or another. Though, Wexler’s admiration for his strong-willed, motor-mouth subject prevents him from diving in a little deeper.

Vigilante: The Incredible True Story of Curtis Sliwa and the Guardian Angels premiered at DOC NYC.