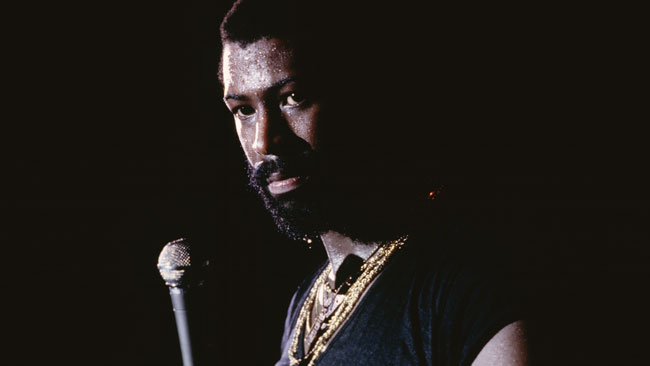 DOC NYC Review: ‘Teddy Pendergrass: If You Don’t Know Me By Now’ is a Captivating Ode to a R&B Legend

Born into a gang war zone in South Philly, Teddy Pendergrass would emerge as the king of the neighborhood. Guys wanted to be him, girls wanted to sleep with him, and everybody wanted to be in business with him. For all the things he did wrong, he did make several smart choices including hiring “super mensch” rock-n-roll manager Shep Gordon who helped transition Pendergrass from a star on the black R&B circuit with an informal economy into a superstar performing sensual “woman’s only” shows.

Teddy Pendergrass: If You Don’t Know Me is a nearly definitive biography that doesn’t shy away from the darker moments in his career as the soul singer starts to develop his voice. Told in part through 60 audio tapes that provide a first-hand account of growing up, being raised by a single mother, avoiding gangs in the neighborhood, and finding inspiration in live performance he attended at the now defunct Uptown Theatre, his voice becomes the stuff of local legends, capturing the attention of local record labels and artists.

Sidelined by Harold Melvin as a powerful member of The Bluenotes, Pendergrass faced threats of violence and intimidation as his stardom grows all the way through the near-fatal car crash that left him paralyzed at age 31. His first manager and lover Taaz Lang, we learn, was gunned down in a murder that remains unsolved to this day, although Pendergrass’ de facto bodyguard claims to know who pulled the trigger and why. Pendergrass, despite his likable on-stage persona, had a long enemies list including the police and industry rivals.

Directed by Olivia Lichtenstein, Teddy Pendergrass: If You Don’t Know Me provides as comprehensive an overview into Pendergrass’ early years as it possibly can within 106 minutes, full of terrific remastered performances that sound great in the cinema as well as interviews with his family, including mother Ida and children, collaborators, and longtime manager Gordon. The film is perhaps a bit too asymmetrical, focusing on the early stardom of Pendergrass for much of the runtime and breezing over his road to recovery once he gets his voice back. Still, If You Don’t Know Me follows the story where it goes without shying away from or glamorizing Pendergrass’ rough edges, including run-ins with the law, his womanizing (he has three children with three different women all around the same time), and his lowest points following his accident.

Lichtenstein has crafted a moving, bittersweet tribute that, like another film currently in the national conversation, concludes with a Live Aid performance that brings the house down. For friends, family, and fans of Pendergrass, If You Don’t Know Me is a fitting, mostly comprehensive tribute told through the words and experiences of those that knew him. If Lichtenstein had started making this film ten years earlier, however, the results might have been vastly different.

Teddy Pendergrass: If You Don’t Know Me screened at DOC NYC and will premiere next year on Showtime and the BBC.